India is a mystery. At times it makes no sense other times it seems to move in perfect harmony. It is unlike any other place I have ever been. The second I set foot in it for the first time 8 years ago, I knew I would come back. Now after coming to Kerala, I know I will return again. I know it will keep pulling me back. To learn even more about Kerala tourism, check it out.

If you have never been before and you are apprehensive I understand. India is not for the faint of heart.What are some things you should know before travelling to India? Well I can share with you some must knows and some quirks that await for you when you go to India.

I figured it would be better to break this down into categories. We can start with the useful and practical information.

Poverty is not unknown to India. When the population is as big as her’s is it is easy to have this problem. It is one of the major contradictions of the country. So much beauty but so much ugly too. Kerala is not like this. When I was in the north I was constantly being approached by children and adults begging. To be honest I saw very little of this while travelling around here. The population is less dense and the south does have a better economy than the north.

Don’t get me wrong, it did not make me love the north less. I embrace the good and the bad of everywhere I go. You can’t appreciate the good without the bad. However it is a noticeable difference and for tourists or travelers who are not accustomed to seeing this it might make the south easier to deal with. 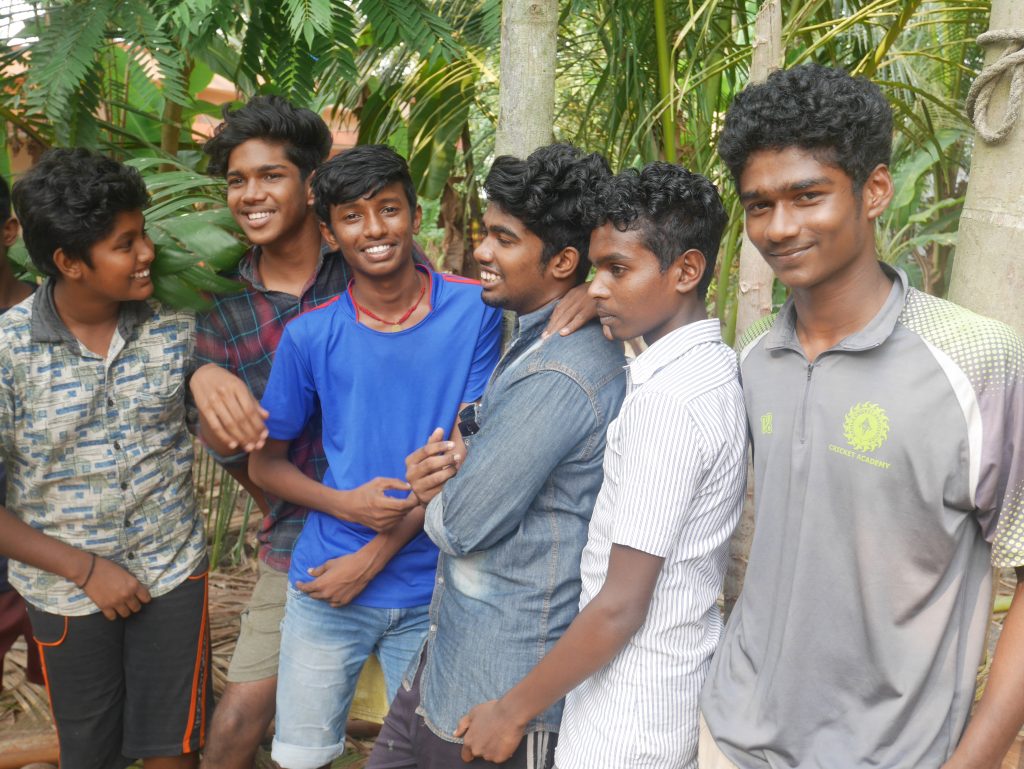 This is an obvious one but you don’t know hot until you’ve been to India. It was between 103-108 degrees for the 3 weeks I was in Kerala. And it is very humid, it feels like the air is heavy. However it is important to cover up.

The sun can be overwhelming. It is a good idea to wear light weight clothing that covers your shoulders and legs. It is better for your skin, believe me. It is also better to be on the conservative side, If you are entering a temple you need to be covered anyway.

Although in Kerala I never experienced cat calling I still felt more comfortable when wearing T shirts and longer pants. Just make sure your wearing cotton. 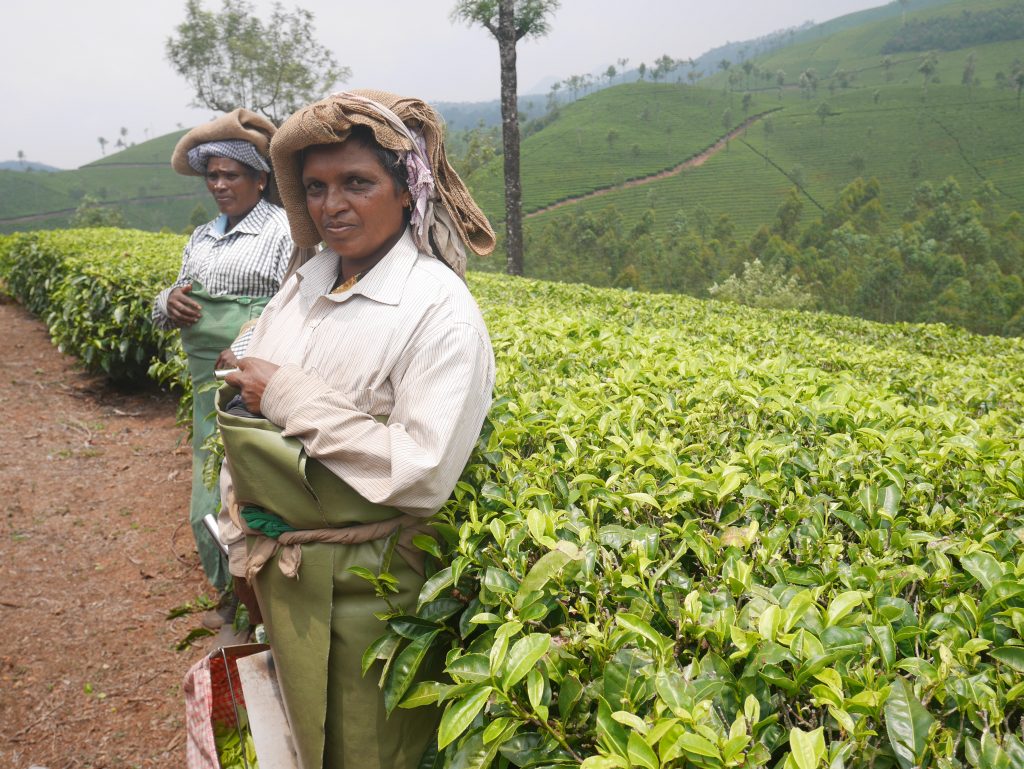 I never felt unsafe in Kerala. Granted I did not really go out at night and was never really alone. But it is really unnecessary to go out at night. Most areas we were in did not have much of a night life. If you wanted to drink you needed to do it at a hotel or nice restaurant. Your options are pretty limited. Why wander the streets?

When I walked in the markets I never got followed or touched. I never had anyone leering at me, Just friendly hellos and smiles. I felt welcomed and comfortable.

There are two major issues for most travelers in India (and the rest of Asia to fair).

The first is squat toilets. If you have never used one I can see why you might be weirded out. It is often just a literal hole in the ground that you go to the bathroom in. Sometimes it is a porcelain hole ( much fancier). It is actually better to go to the bathroom in that position. It is a more natural position. It is also more sanitary because you don’t really touch anything.

To follow that up, the second thing you should know is…THERE IS NEVER toilet paper. Outside of a hotel or a nice restaurant there wont be toilet paper. Never. Bring it. Carry it on you. And bring hand sanitizer. You will thank me later. 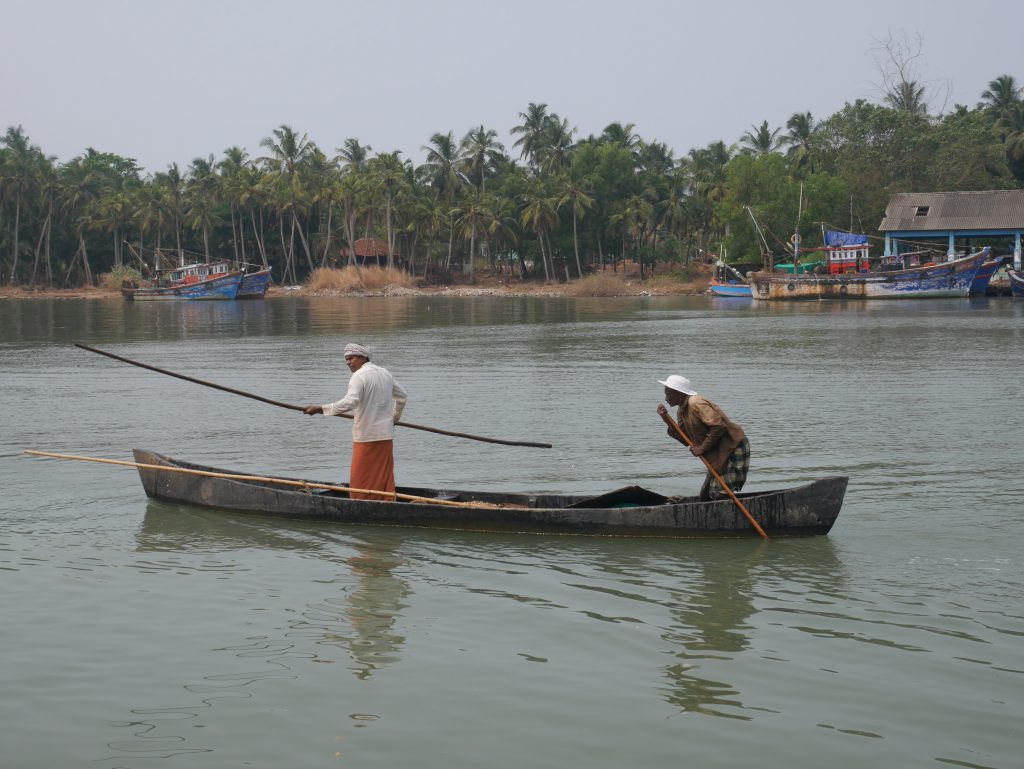 This is not easy to find. I don’t remember having such a hard time finding it the first time I was here but maybe I just drink more now. Whoops.

Either way there is a new law that makes the selling of alcohol illegal if a hotel or restaurant is located too close to a National road or highway. Turns out that happens a lot more than we thought. We had to make runs to black market alcohol stores and stock up when we new we were places that didn’t sell alcohol.

There are also lots of dry days. For example the first of every month no alcohol sales are permitted anywhere. Even if hotels and restaurants. If you want to drink you need to do it in the privacy of your own room. Supposedly it is because pay day is on the first of every month and they are trying to deter people from drinking their pay checks away immediately. Seems sort of pointless since they can just go out the next day and do the same thing. 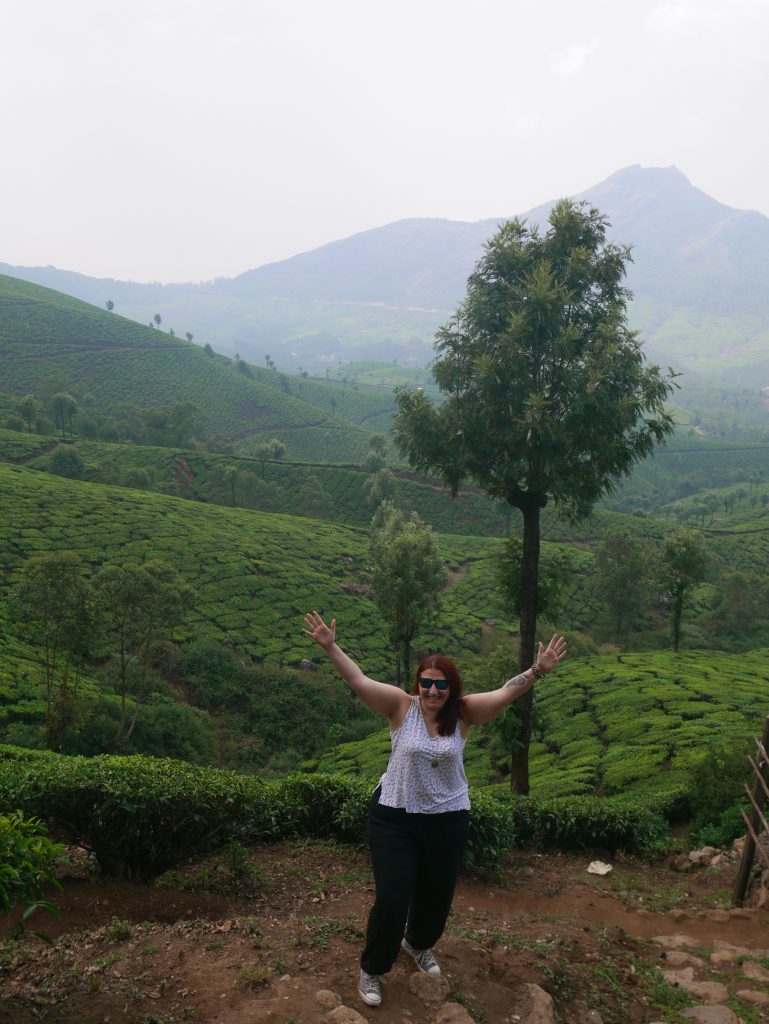 Have you seen the Indian head bob? It is a motion that says both yes and no. I asked for water and got the head bob and was not sure if I was getting water after she walked away. Low and behold she showed up with water. I later found out that the bob means yes but it is hard to tell because they smile even when they shake their head no.

This is an important thing to know. 9am is more than a soft 9am. If they say 9am expect them to maybe be eating breakfast at 9am and maybe leave by 10am. This can be extremely frustrating. Being on a bus with 30 other bloggers and a crew of 10 locals we were never on time. Sometimes over an hour late to leave. You have to learn to go with the flow in India.

Traffic is also unpredictable and can make you even later. The roads are often bad and can be randomly shut down. Just breath and get there when you get there. 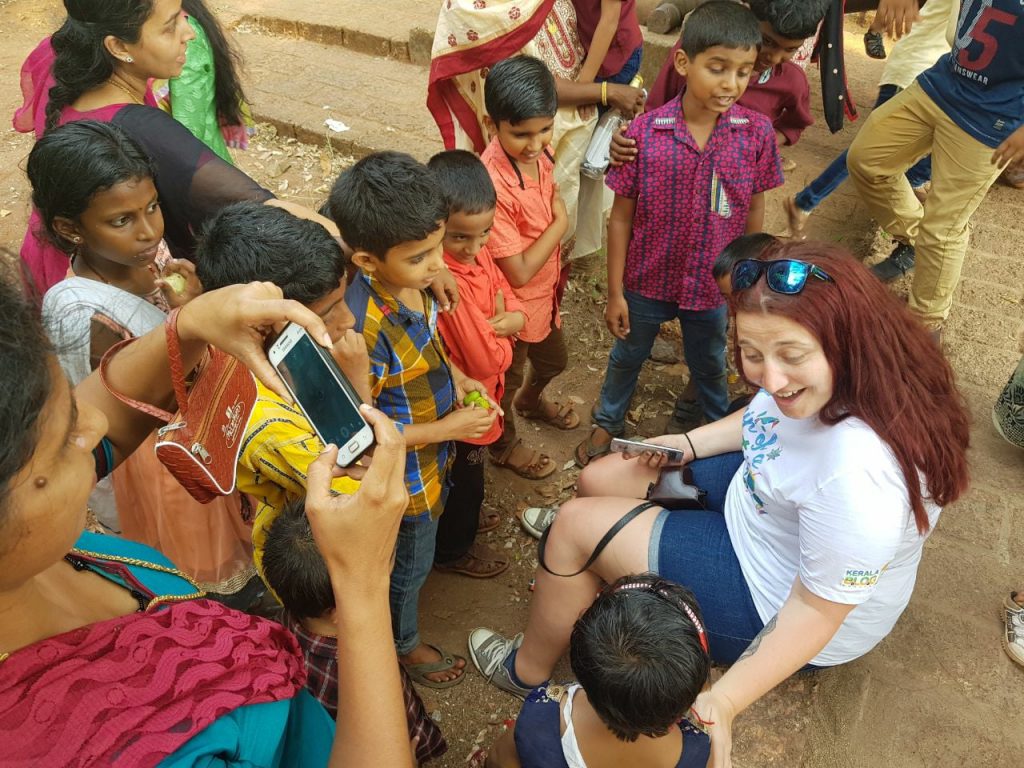 Being a celebrity in India

I have light skin and currently red hair. I have a lo of tattoos. This caused quite a ruckus everywhere I went in India. I experienced this the first time around but it felt moire intense (in a good way) this time around. At one point I was eating ice cream minding my own business in front of a fort and got swarmed by 30 people, adults and children, wanting to take photos with me and touch my hair and skin. It was both cute and alarming.

Be ready to have loads of people wanting photos of you.

I love Indian food. It is my favorite! I would always choose it over anything else. A lot of people are worried about the spices. Yes the food can be spicy. Not all of it is. Just ask for mild or no spice most places understand and cater to us.

I don’t have an answer for this. I just have a lot of questions. It is hard to find cold water and when you do they often charge more for it. I don’t mind room temperature water. But warm? Why are you serving me hot water in a hot country? 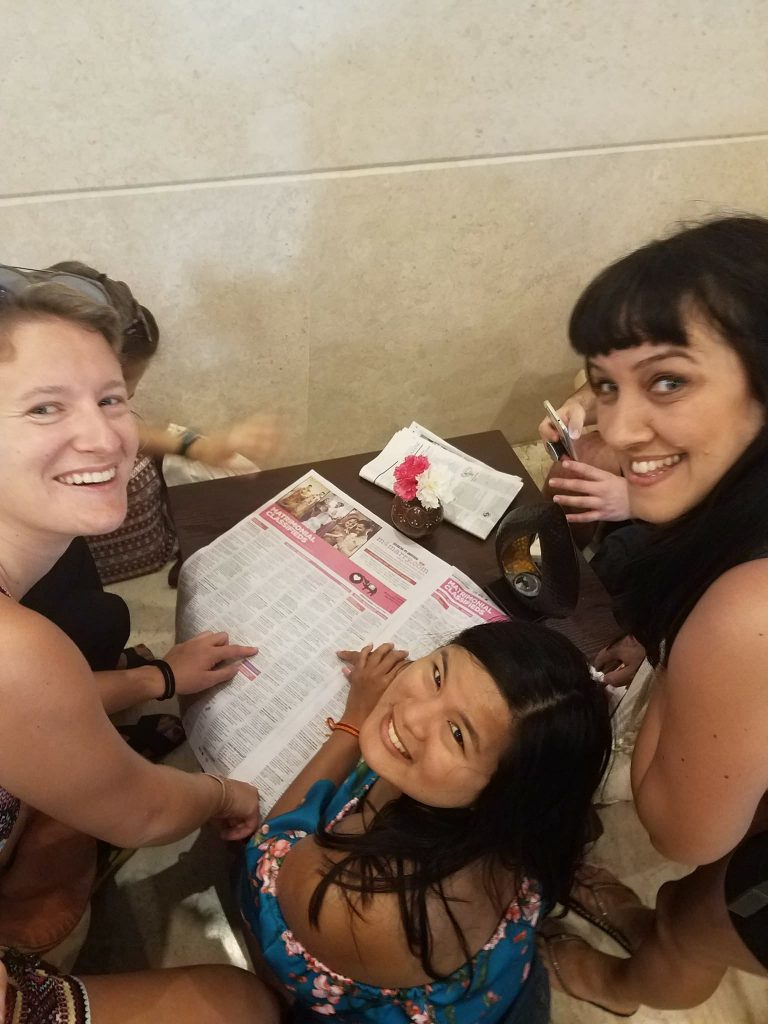 One of the funniest things I saw in India. They are pitches for marriages. Reasons why they should be picked and a list of credentials. Maybe this is a better way. At least they are trying to sell themselves in a positive way.

Can you add to my list? What are some useful or quirky things about India you noticed?