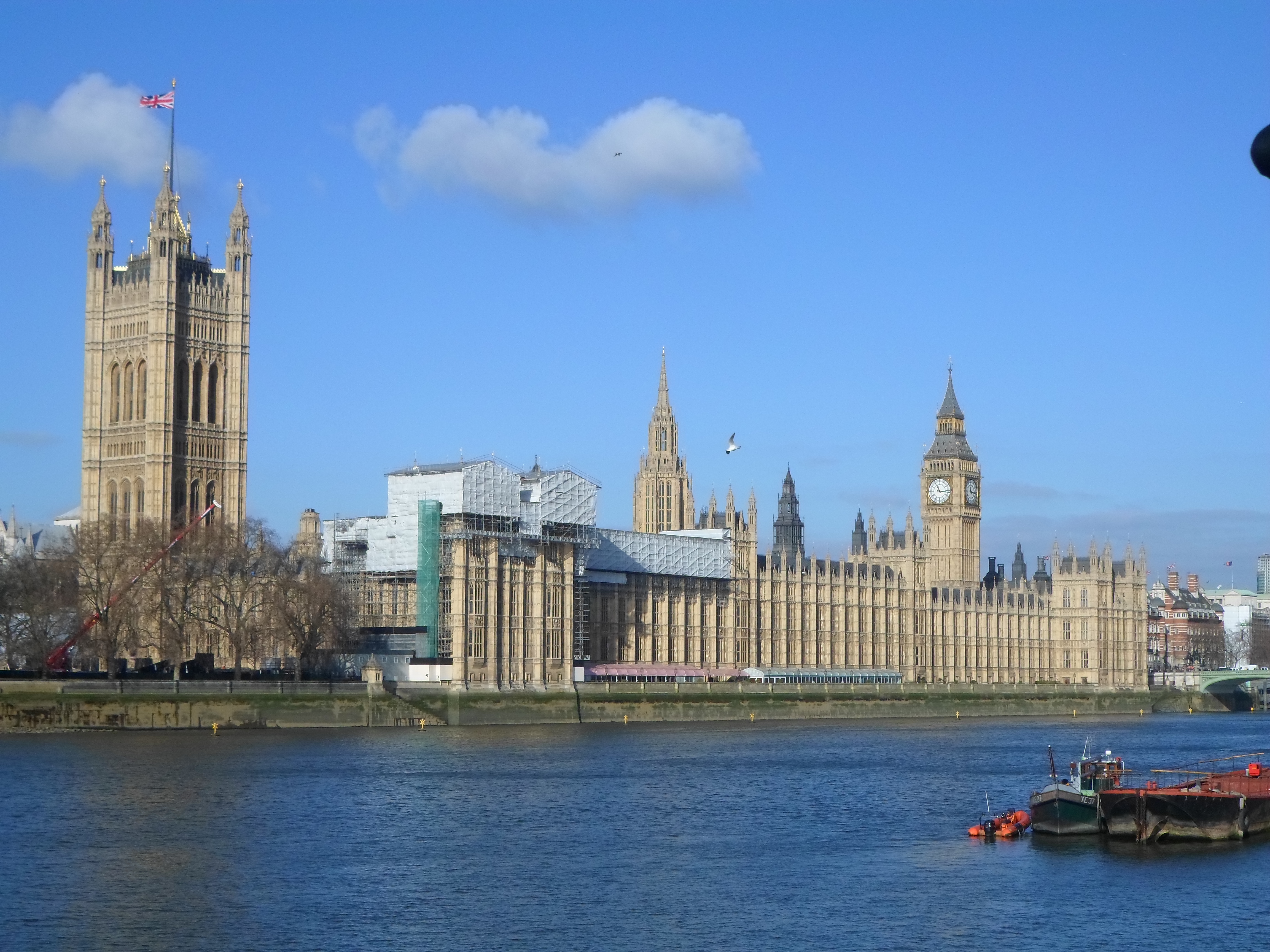 I have been to London a few times now. Three in the past year. It has become quite a love affair. Every time I go I discover another part to apprecaite. London has become my long distance lover. Coxing me back every few months.

Leaving this time literally broke my heart because I knew I wouldn’t be back for at least a year. My next few trips are not in Europe at all.

I have seen the major attractions a few times. Sometimes by myself some times on walking tours. This time I got to see them from a different angle. By Bike!
I was invited out on a Landmarks Tour with Tally Ho! Located within walking distance of the Lambeth tube stop they run their tours out of The Walrus Bar and Hostel.  Very convenient.
Adorably each bike is named. I was Dame Judi Dench.
It was a chilly but sunny January morning when I showed up slightly apprehensive to ride the bike. I was afraid of not being able to handle being on a bike for that many hours ( we road for nearly 5 hours with a pit stop for English Ale and sausage). Since I have a bad back ( details to come soon in another post) I was not sure how I would handle it. 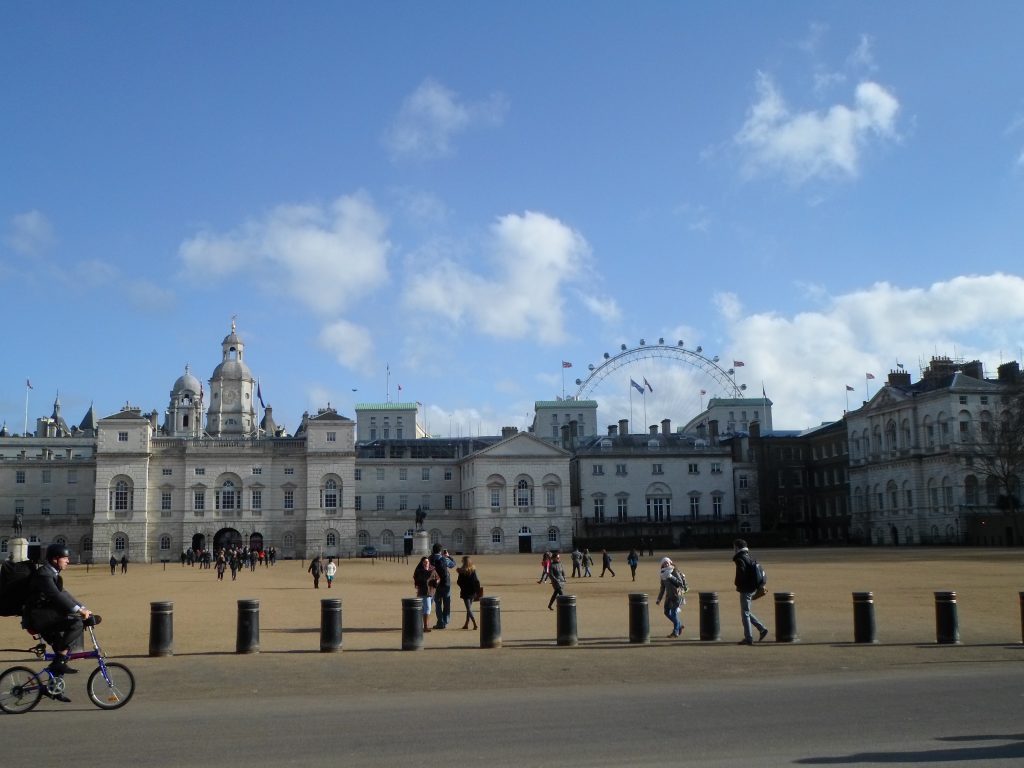 Turns out riding a bike is way easier then walking the city!
Not only was I not in pain in the slightest it was such an interesting way to see the city. Coming up these back roads and riding down alleys to see things like the Coronation Church.
It is also much faster then walking. You can see more in a shorter period of time. London is a mostly flat city making it perfect for cycling.
Our guide Niall was ace. He was fun and really enthusiastic about London. He had lived there all his life and knew the city well. He went at just the right pace and new his stuff. Any questions we had he answered.
Besides seeing the must see tourist sites we headed down some unknown places as well. There are loads of small streets that fill the areas around the sites. We ventured down one street that had escaped all the bombing from WWII. On the outside of the buildings it indicated the basements were bomb shelters. These fading signs were from the late 1930’s and were still legible. 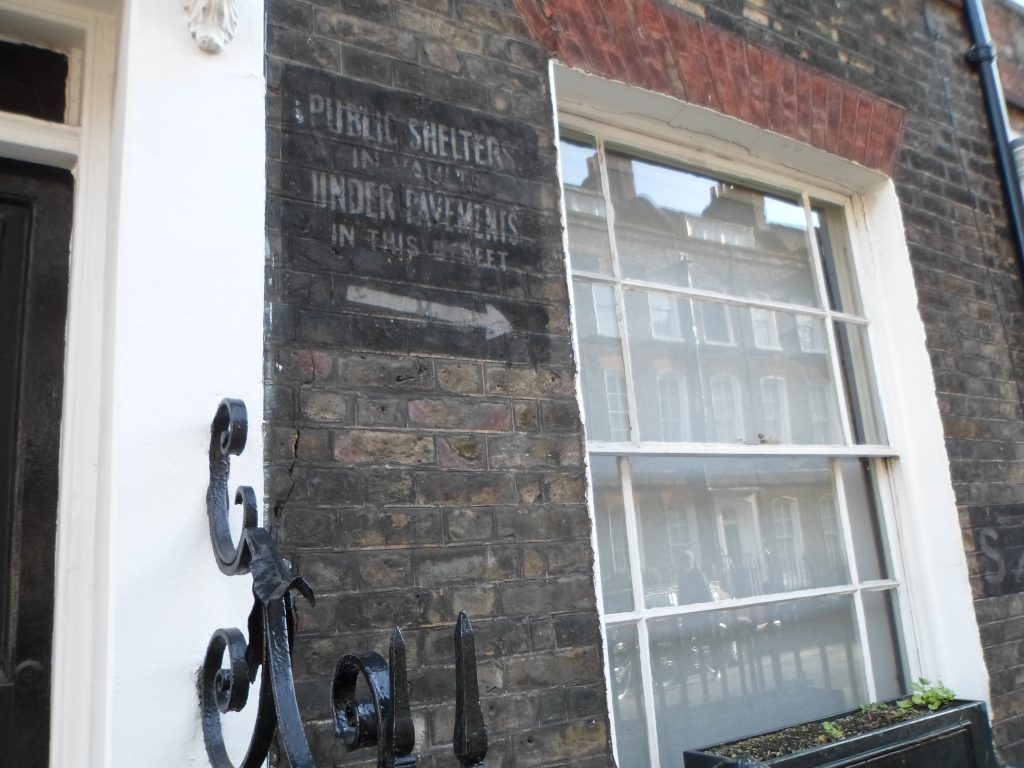 If you’re into street art Niall took us to an abandoned train station where they let people graffiti on the walls. Street artists can come down and practice. Some of the art stays and some gets painted over by new artists. Niall brought spray paint cans for us to try our hand. 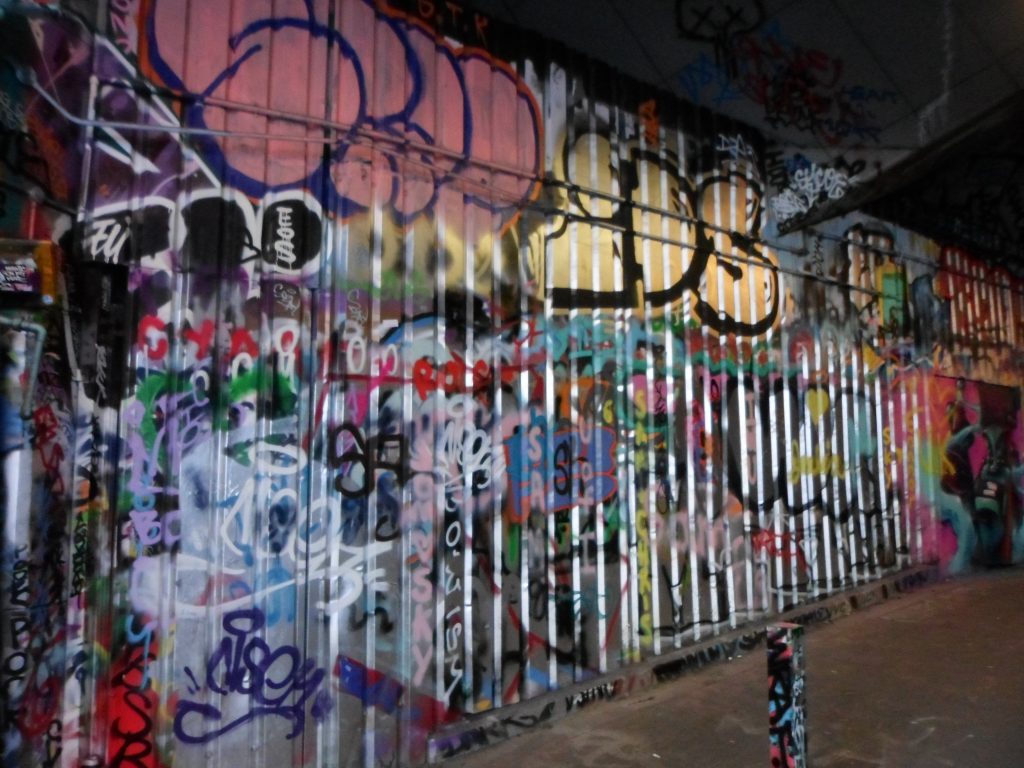 One of the best surprises of the day happened when we were riding down the Royal Mile. We stopped in front of Prince Charles and Princess Camillas house and got to see them as they were headed out. Leaving in black town cars we stood no more then five feet from the next in line to the thrown.
I can’t wait to do my next cycling tour. Spending the day peddling around the city felt freeing, After doing countless walking tours and self guided tours I think going by bike might be the best way to see London. 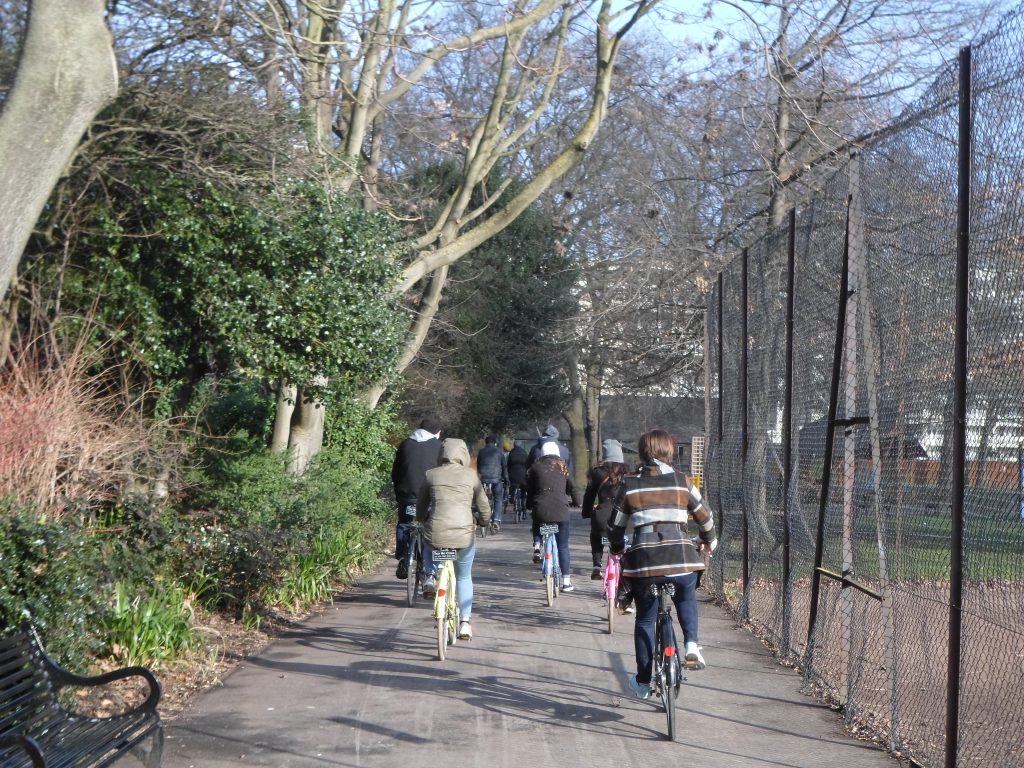 I would like to thank Tally Ho! for inviting me out with them. If you are interested in a bike tour with Tally Ho! check out their website.
They offer a few different tours including private ones. Their bikes are all made in England by Pashley Cycles. Very easy to ride no matter what your level of experience is.