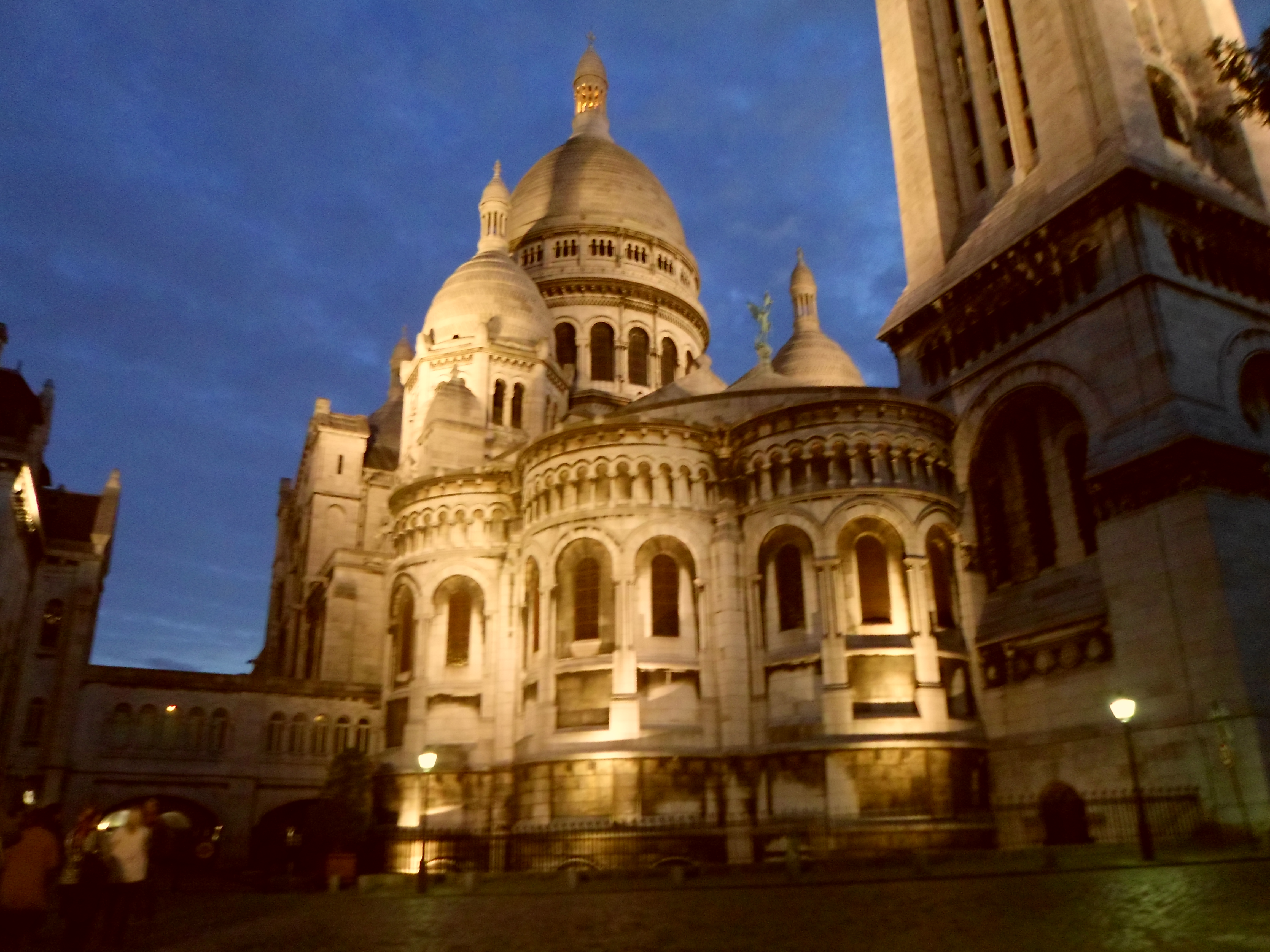 Every city has a place you fall in love with. The perfect district you know you could be a part of. In Paris, for me, it is undoubtedly Montmartre. I know it is cliché but any artsy district and I fall all over myself. How can you not fall for a place that has housed such greats as Picasso? 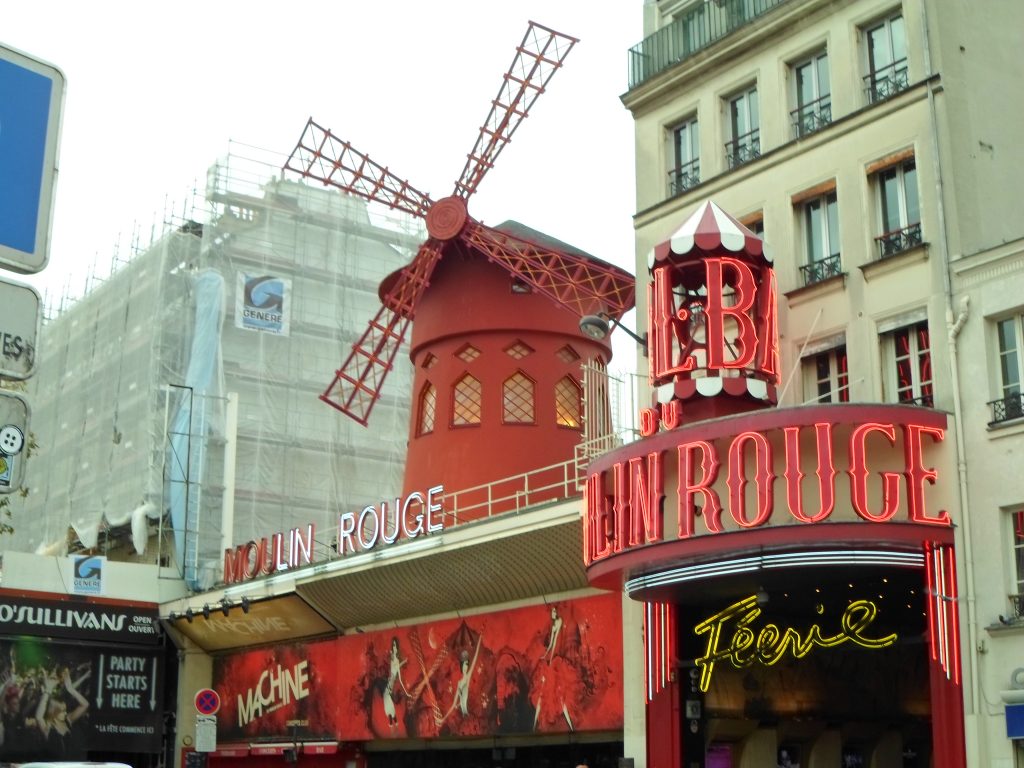 It also is home to a few very notable landmarks of the great city of Paris, ones you should not miss when you are venturing to the city of lights. The Moulin Rouge is located at the foot of the hill of Montmartre. A giant red windmill looms over the street. Forget trying to see a show there, the cheapest ticket will still cost you around 100 euro. A far cry from the prices it used to boast back in its heyday. It was not a site of luxury but a den of hedonism. Montmartre used to be where Paris ended and the debauchery began. Outside the city limits left it outside the city rules. Many of the French elite would escape here for a night of half naked ladies dancing and all the absinthe they could drink. Now, it is simply a symbol of what was and a pricey tourist destination. For anyone who is a fan of the movie (which I am) or French history it is worth a photo or too. I for one would like to believe that somewhere inside the spirit of Toulouse Lautrec still resides.

If you are interested in more of Toulouse Lautrec check out Artsy and their resources on his art!

The area used to be filled with windmills. Years ago the long, winding walk up to the top would have been filled with them. Now there are only a few left. You will find tons of brassieres and adorable houses on your way up. It is also home to the last winery within Paris’ city limits. Long ago it would not have been weird to find these grapes growing around the city limits but now one lone vineyard stands among buildings and cobblestone roads. Right across from the vineyard is The Lapin Agile, made famous by Pablo Picasso. It is said that when he was a struggling artist he would go there for meals and in return for a free one he would give the staff portraits he made. Since Picasso is the rare kind of artist who made it big during his lifetime these drawings ended up being worst well more then what he would have paid for his meal. 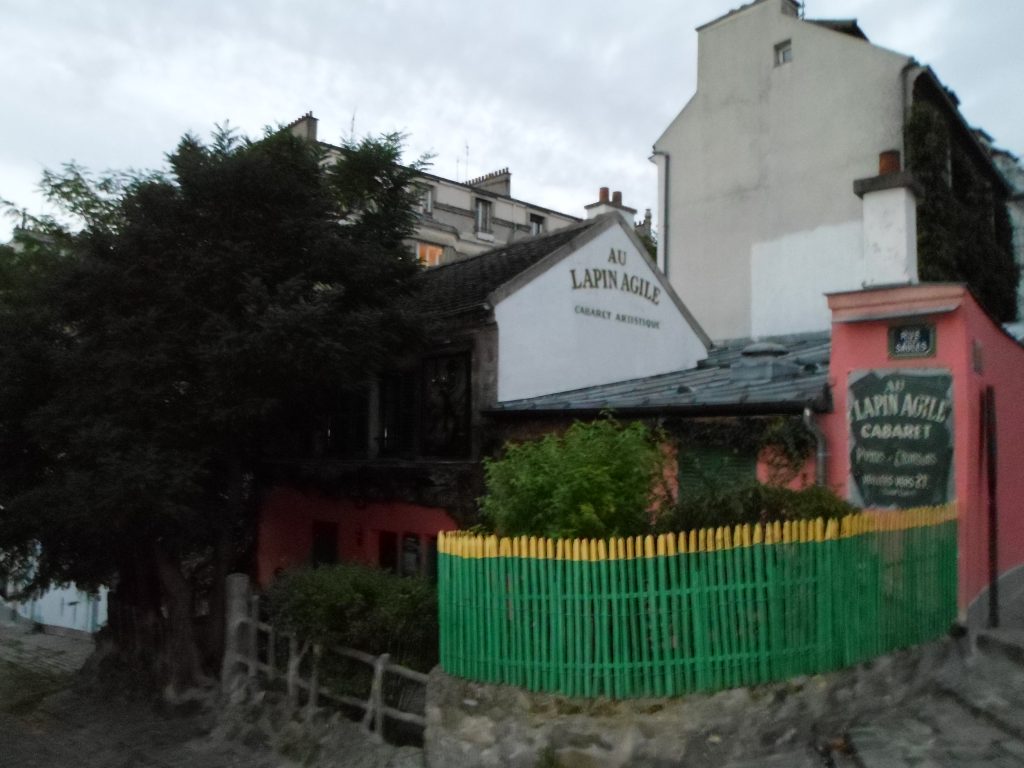 Once you have made your way to the top, you must wander around the small village that inhabits it. Everywhere you turn there are artists with easels, drawing the faces of eager tourists or selling paintings. The smell of fresh made crepes loft through the alleys calling you, as you window shop. Until you get to what I consider the main event of all of Paris. I know, quite a statement to make in a city of so much to see.

Although some might find the Moulin Rouge to be a disappointment the Sacre Coeur never is. Also known as the wedding cake cathedral which you can see looks like a bright white wedding cake, it is the highest point in Paris. Even the daunting crowds can’t ruin the spectacular view from its steps. High above the rest of the city, Paris lights up for you.

You start to understand why people call it the city of light and love.

You feel it all around you when you realize what a tiny place you inhabit in this world and sometimes how close you get to be to so much wonder.