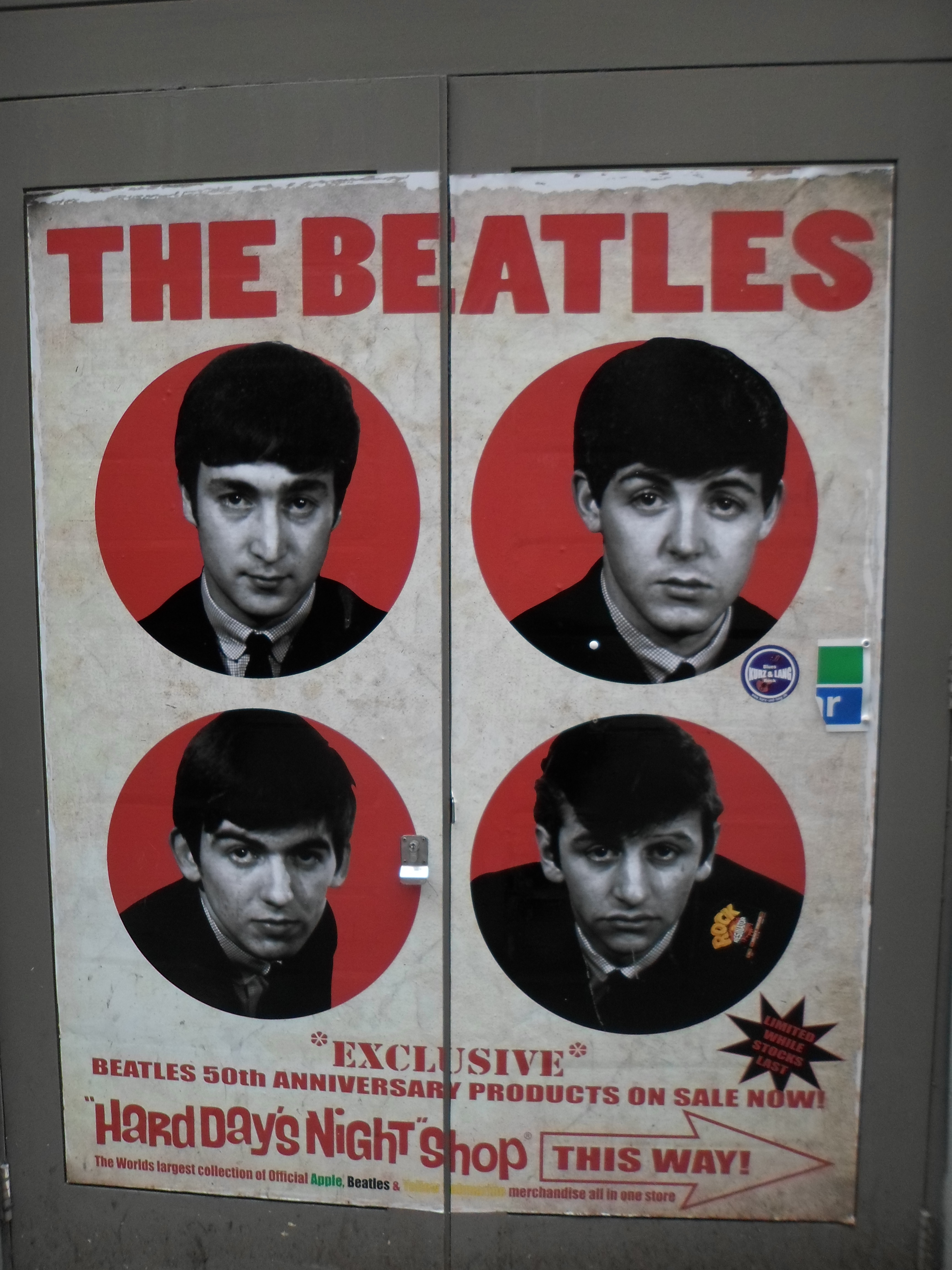 I admit it I wanted to go to Liverpool solely because I love The Beatles.  This is a fact I am not ashamed of. Who doesn’t love The Beatles?  When I was in London last April I was hell bent on getting to Liverpool. Turns out it is quite a trek from London. I only had enough time for a day trip and  I was having some trouble finding a train that wouldn’t break the a bank or take forever. 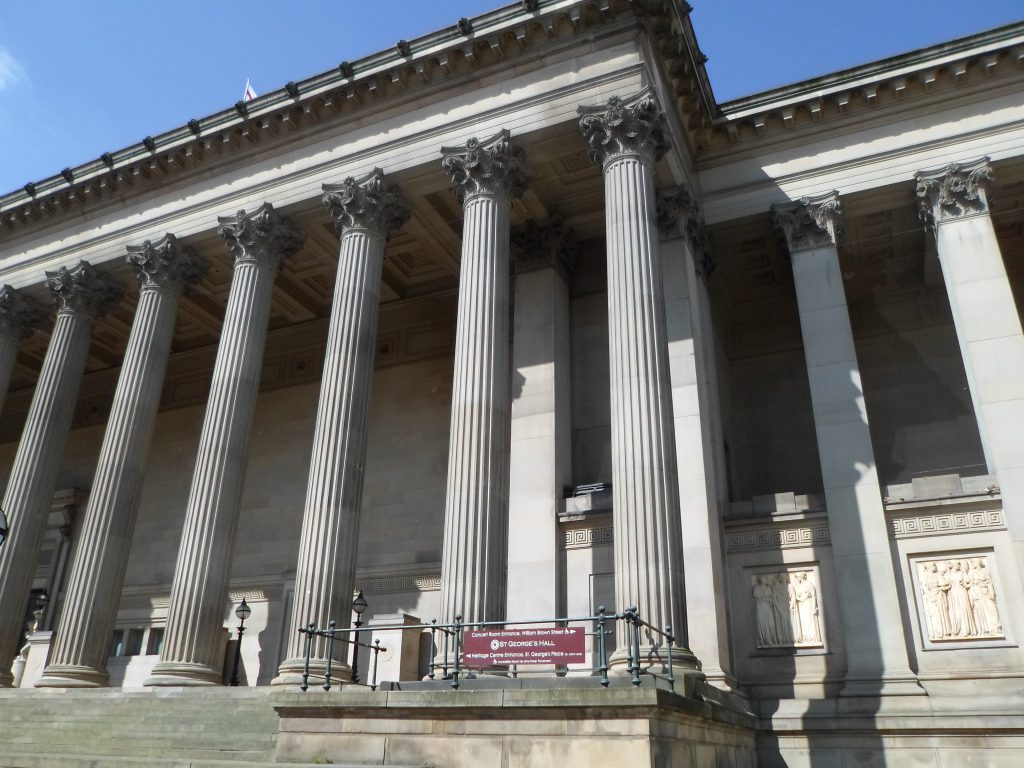 England is a relatively small country.It is pretty easy to get from one side of it to the other with out taking a long time. I was staying just outside of London with a friend and Liverpool is, of course, all the way on the other side of the country. 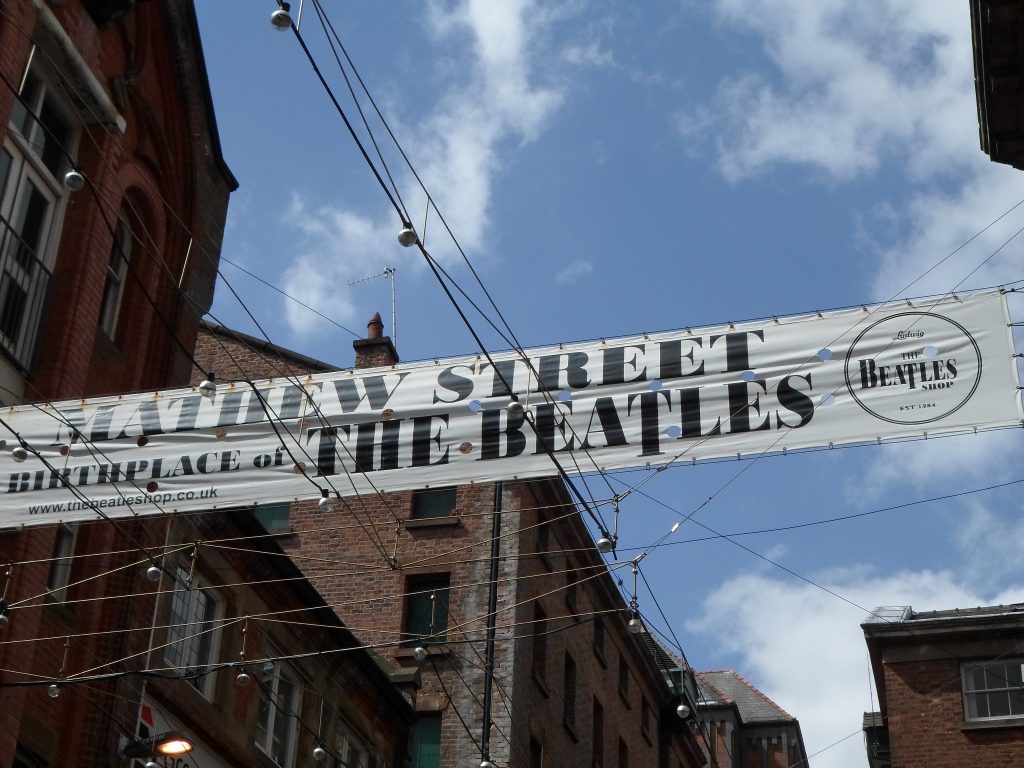 I spent a few days in Belgium prior to heading to London. On a day trip to Bruges I was talking about my travel woes to a few fellow backpackers when our tour guide interrupted. He just so happened to be from Liverpool and to top it off he had lived in London for a few years. How lucky?
He gave me a bunch of info on trains, telling me to look up Virgin trains, they had the best times and offers. And you know what? He was right. I ended up with less then a 3 hour commute each way! The price was cheap and the trains were nice.
Liverpool is not only a lot more then Beatles memorabilia, it is quite a lovely city. 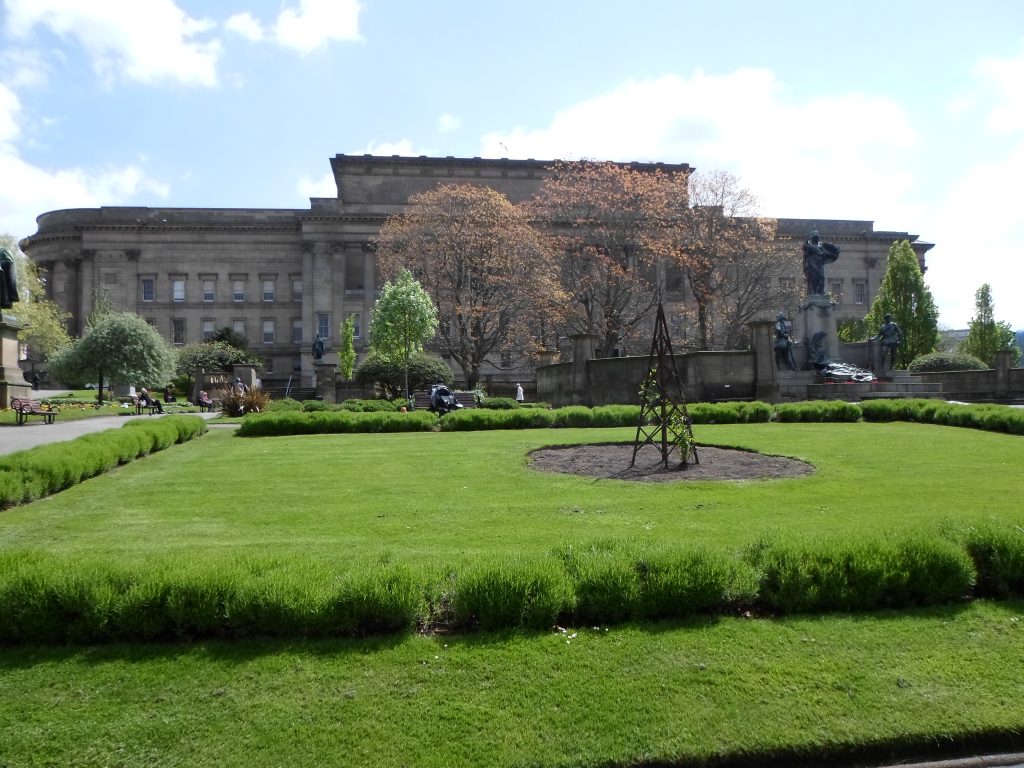 It has a bad rap for being run down and is often depicted as being gloomy. Honestly I had the opposite experience.
Knowing I only had 10 hours before I had to be back on a train I joined a Sandemans New Europe. It have a great depiction of the history of the city and gave me more then enough time to get to The Beatles museum.
My guide Philip was a charismatic history major who really captured the spirit of the city.  Leading us through the dark times of Liverpool. Economically it was at its peak during the slave trade. Exporting more slaves from Albert Dock then any other city in England. Once that dried up so did a lot of the money.
There is a wonderful and free Slavery museum on Albert Dock that is for sure worth checking out. 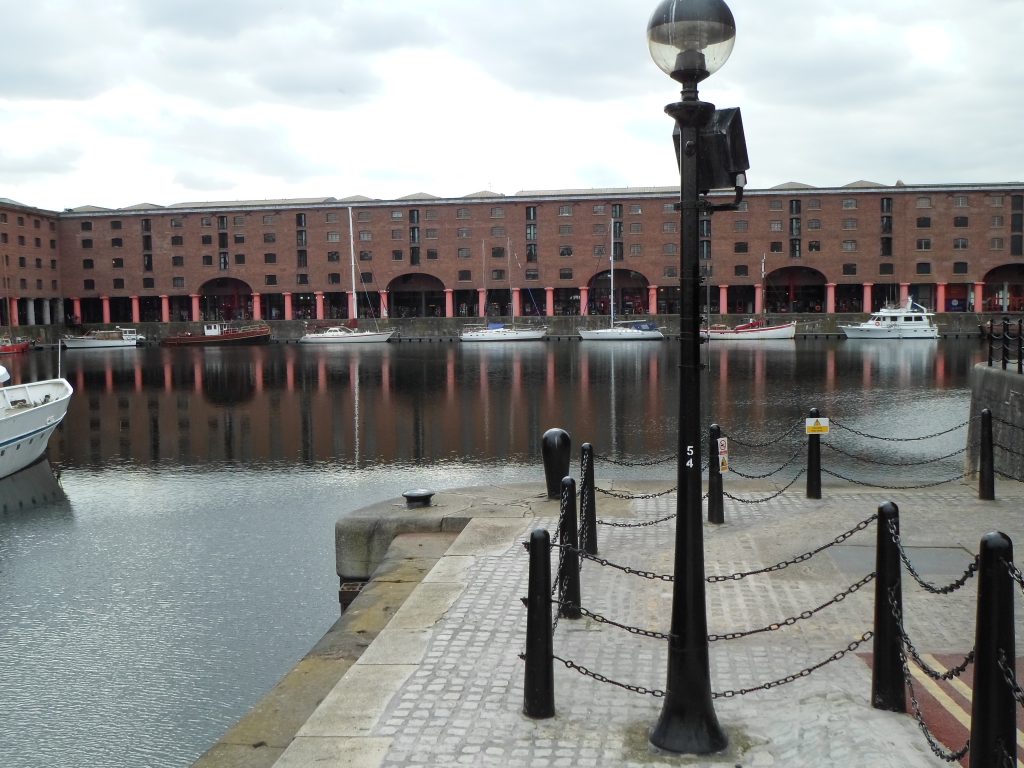 Albert Dock is lovely to stroll down and you can check out all the Lamb Bananas that line the waterway. Yes that is right I said Lamb Bananas. Apparently Liverpool is a lead exporter of Bananas and wool. The combination is interesting to say the least. It was a commissioned art project by the city.
The tour lead us down Matthew street which is where the famous Cavern Club is. Although sadly it is not the real one. They closed that down decades ago. Then realized what a goldmine it was for Beatles fans flocking in from everywhere. Reopened a new one a few store fronts down. I guess it is the idea that matters.
There is also a statue of Eleanor Rigby that you can sit on a bench with and keep company.
The Beatles references are endless.
After the tour I headed out to the The Beatles Story Museum which is a two parter. Down the block from the main museum is the Elvis addition. Both parts are worth going to if you are a fan of either or just a music fan in general. The museum walks you through major times in their career and has rooms dedicated to things like the cavern club, the landing at shea stadium and a moving tribute to John Lennon.
Just before you exit into the gift shop there is an all white room with a piano and John’s glasses. The song “Imagine” plays. I stood their for the duration of the song and it practically brought me to tears. It was a very emotional experience as a fan.
Sometimes we loose good people too soon. I’d like to think he was one of the good ones. 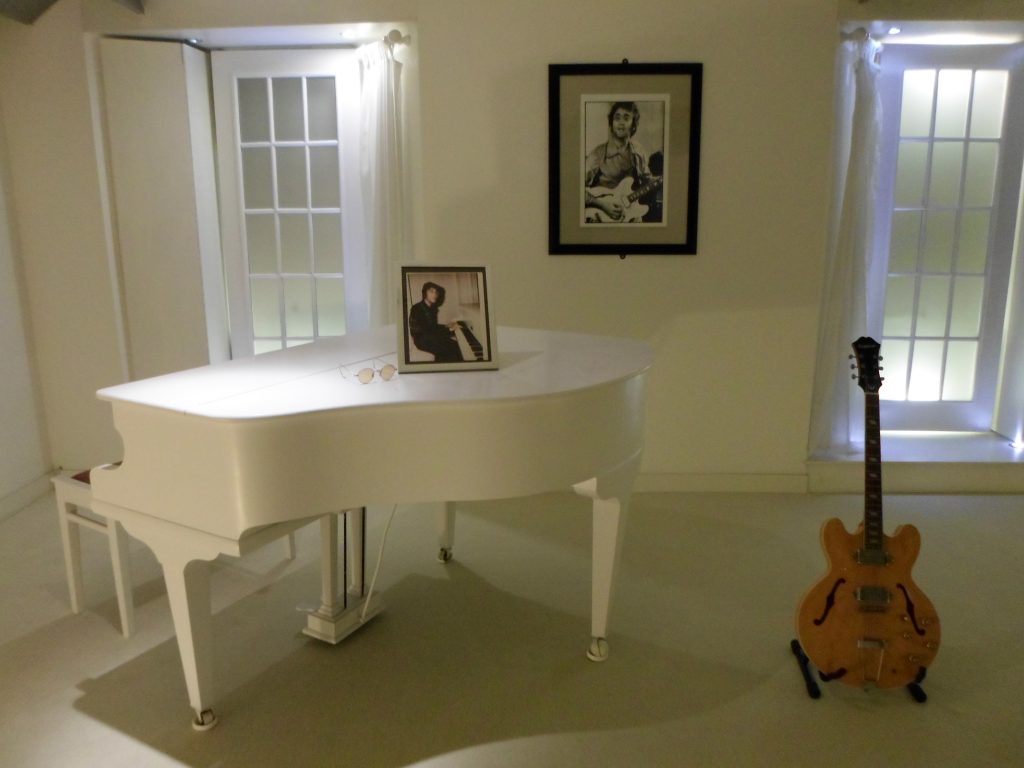 The Elvis and The Beatles museum was all about how John and Paul were so inspired by Elvis. The famous quote ” Without Elvis there would be no Beatles” plastered on the wall. A room full of Elvis memorabilia was included. I have been to Graceland because I was such a huge Elvis fan so I was happy to finish my day here. 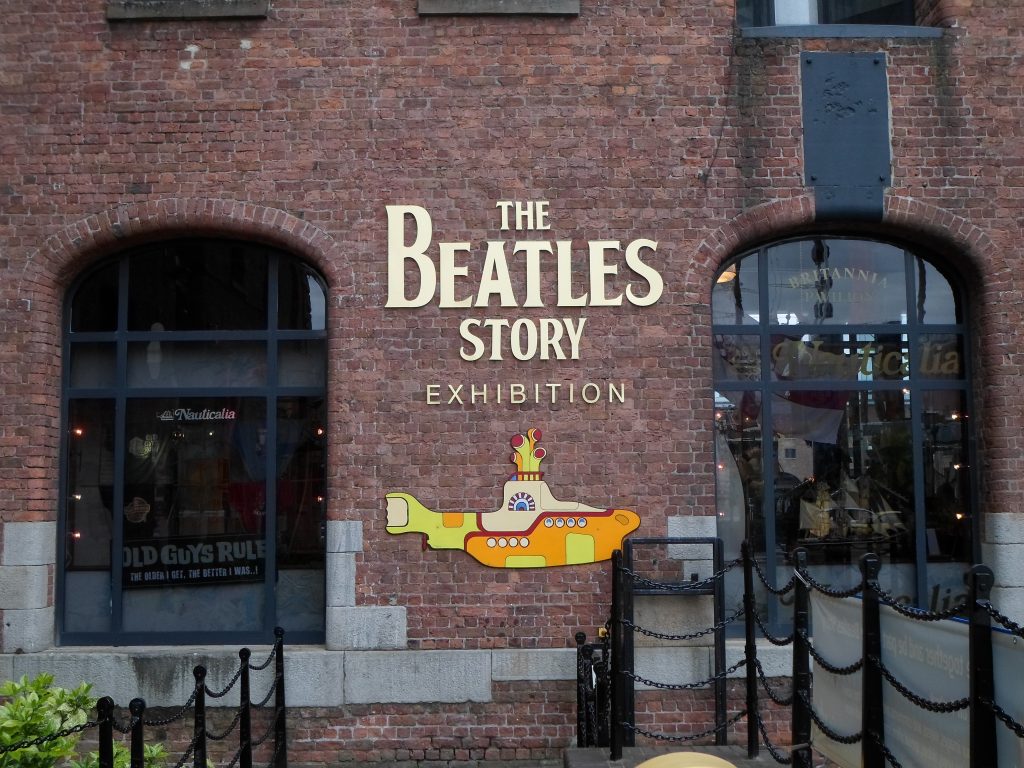 I recommend working Liverpool into an England trip. Even if you happen to be weird and not like The Beatles. It has a ton of history and if all else fails you can have a pint in The Philamonic and  check out the famous toilets.

8 thoughts on “Liverpool and The Beatles”