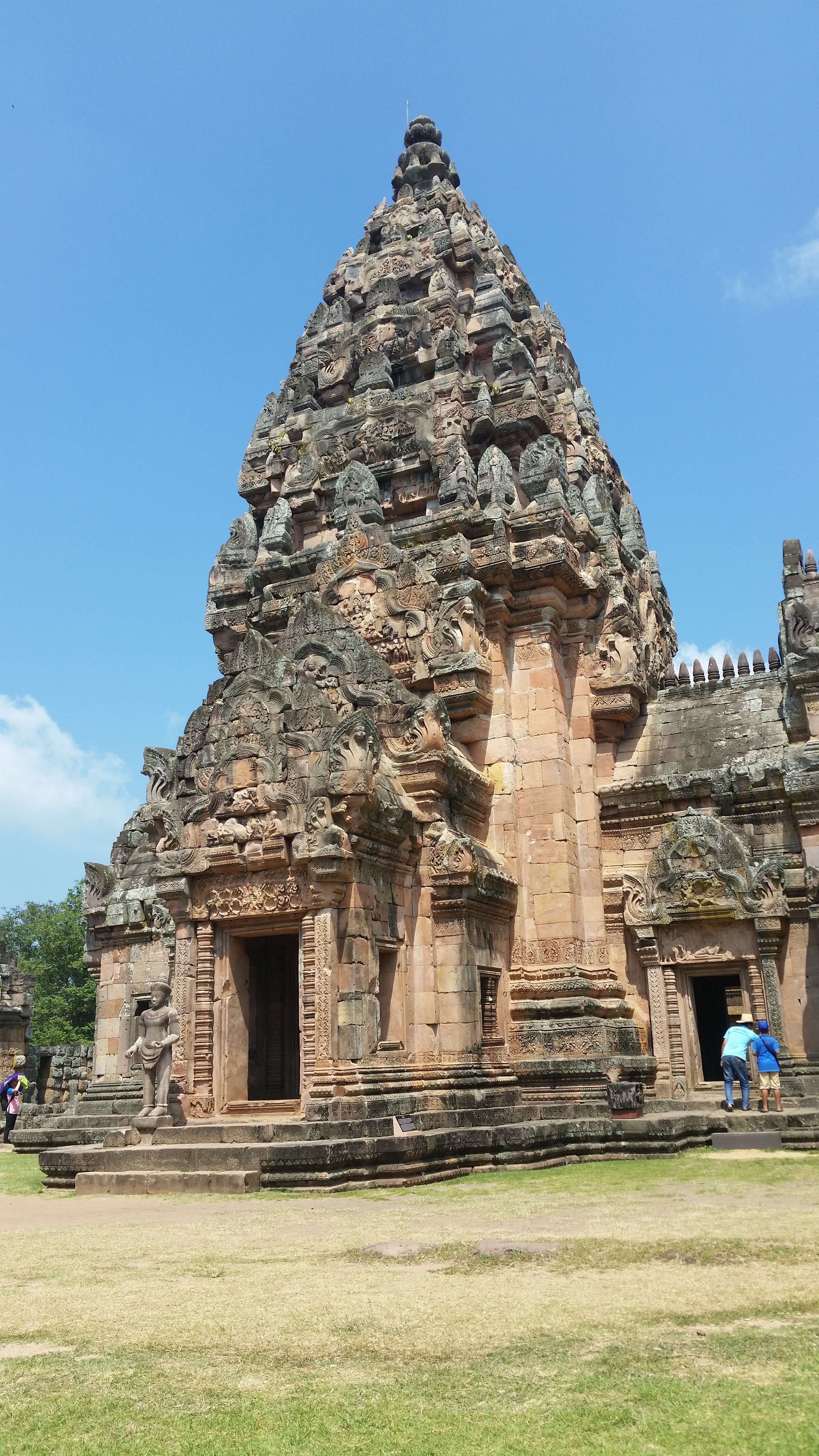 Press trips can be really exhausting. It is lots of being ushered around to jam in as much as possible in a short time. Never the less I was excited to be going on my first official one. Even if I wasn’t all too sure where I was headed or what I would be doing.

Surin, Thailand is near the Laos and Cambodian border. Traditional silk weaving communities we visited several different silk weaving facilities and museums. Showing us everything from the birth of a silk worm to the machines they use to hand weave carpets. 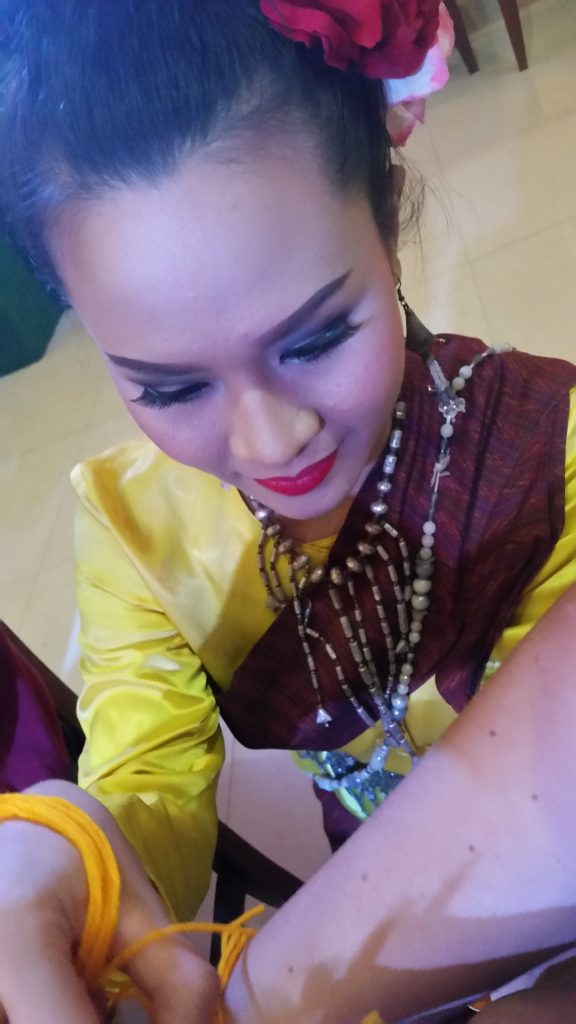 It must be a little like what a celebrity feels like. When you show up everyone is nervous and overly willing to help you with anything and always worried if you are okay. Every place we showed up at we were met by a team of people. 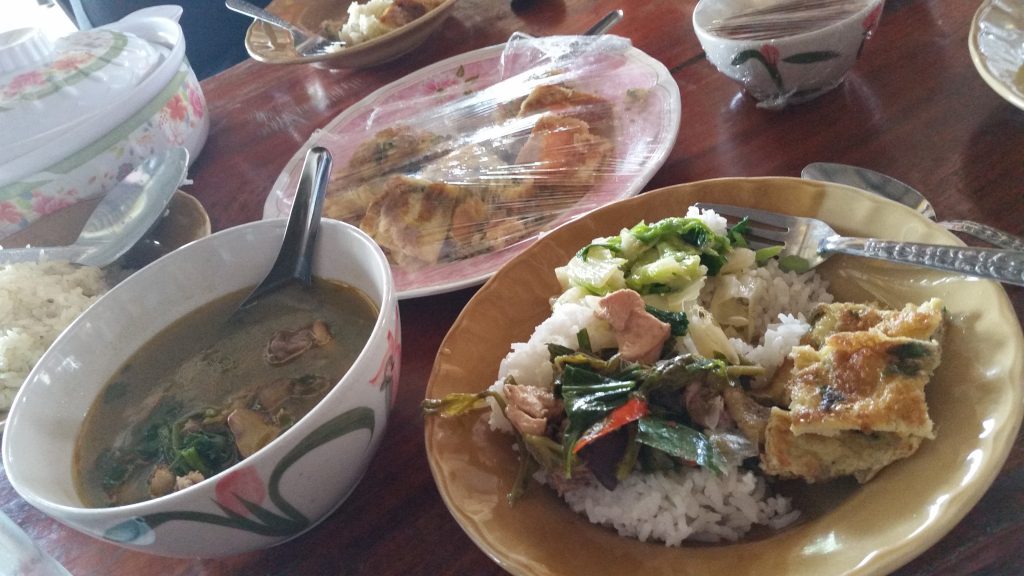 I was looking forward to the ruins. Built by the Khmer in the 12th century, the buildings mirrored those at Ankor Wat in Cambodia.  Ankor Wat is considered to be one of the seven wonders of the world. Surin has a smaller version right in their back yard. Gorgeous, ancient buildings easier to navigate and to see in a day. 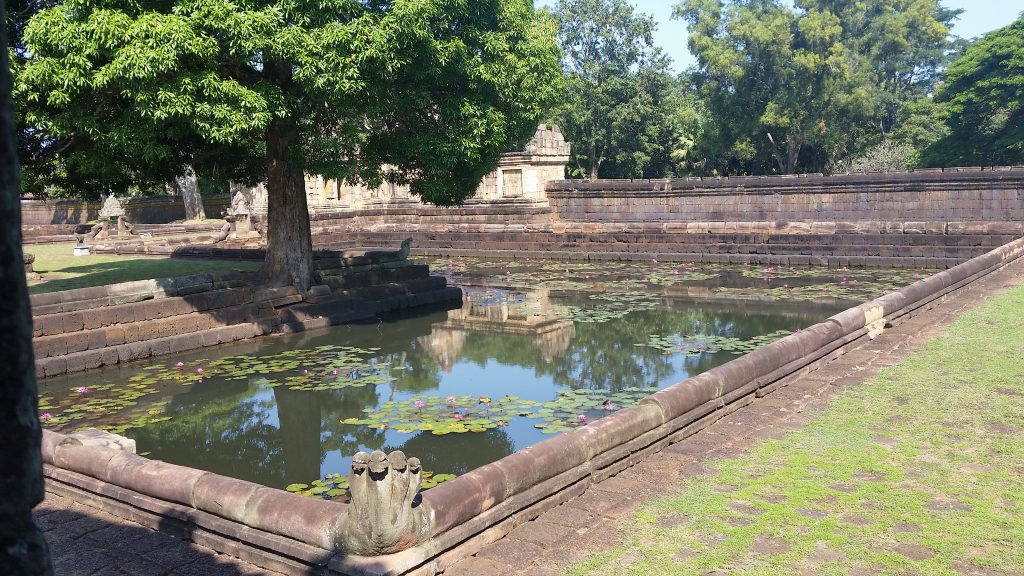 Lily pad filled ponds surround the grounds and the sun beats thru every crevice of the buildings. Making it hot with little cover. It was a humid day when we were exploring but its worth all the sweat to see this place.
My favorite thing about Surin is the elephants. Apparently it is well known that Surin is all about elephants but having never heard of the place before I had no idea. 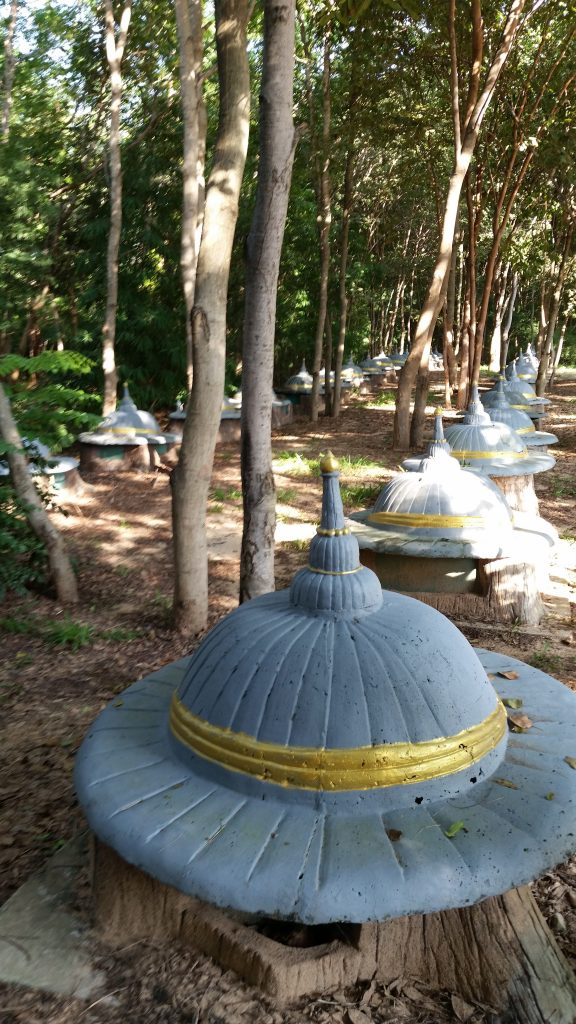 There is an elephant graveyard in Surin. It is filled with white and blue tombstones from decades past. Legend has it that elephants consider this holy ground and travel from all over Thailand to live and die here.
It is also the only place in Thailand that has a temple to Ganesh, the elephant God of India. 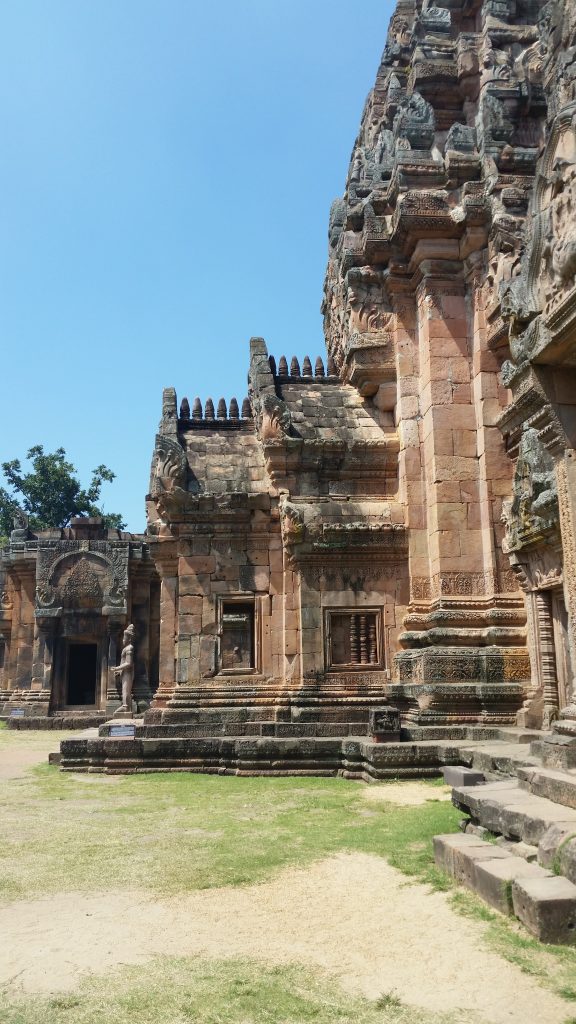 Supposedly the town takes in elephants to protect them from poachers and black market traders who want the babies. The town is filled with hundreds of elephants ranging in age and size. It is quite a sight to see children bathing with baby elephants in a river. 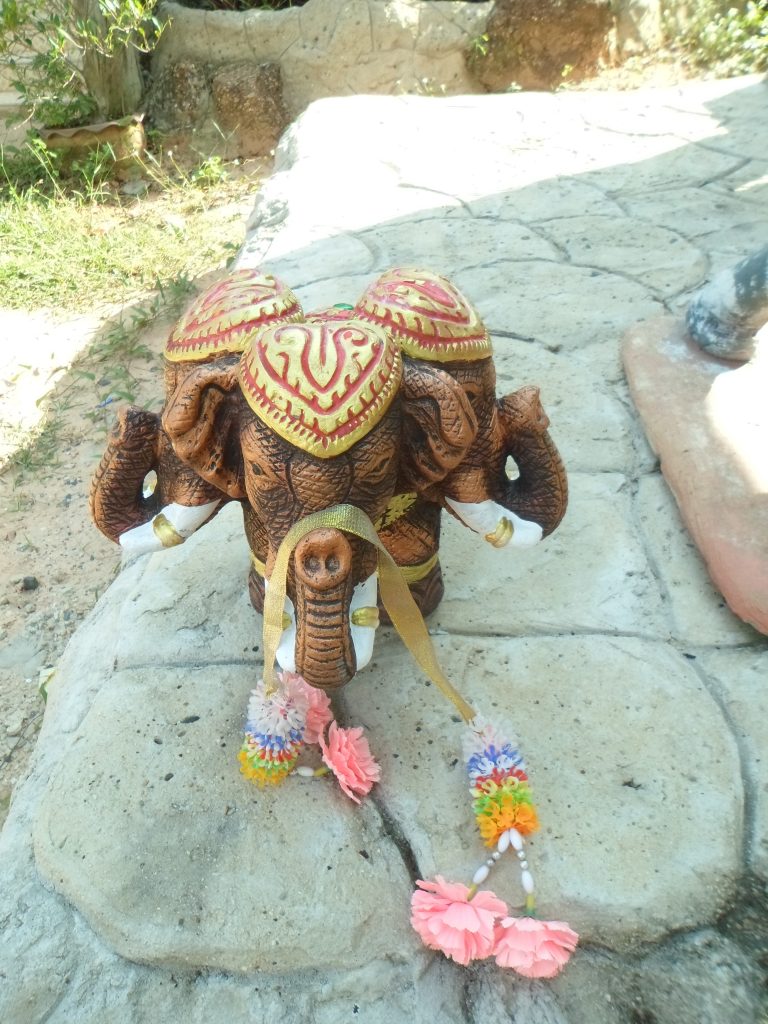 What did I learn about Surin?
I learned that it is a region still very much immersed in its own history. Mostly people do not speak English and tradition is still important to them.  I love when I stumble upon communities that have yet to be spoiled by the western world. 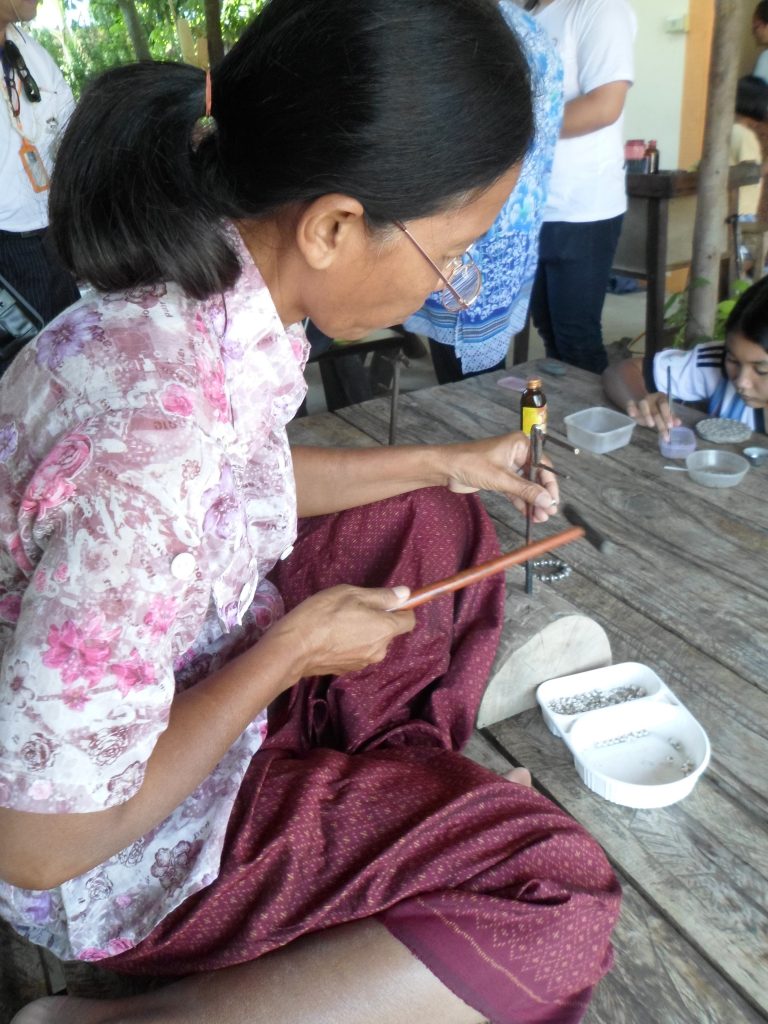 Some of the communities offer home stays. I did one in Vietnam and I wish I could have done it there. You get to sleep in one of the locals houses and help make meals and learn about the silk weaving trade.
The Thai tourism board was so accommodating and really wanted us to get a feel for the villages. Seeing the elephants was not part of the trip but we were all so excited for them that we took a detour and it ended up being one of the most significant moments of the trip.
The elephant graveyard was a moving tribute to this wonderfully smart creatures, 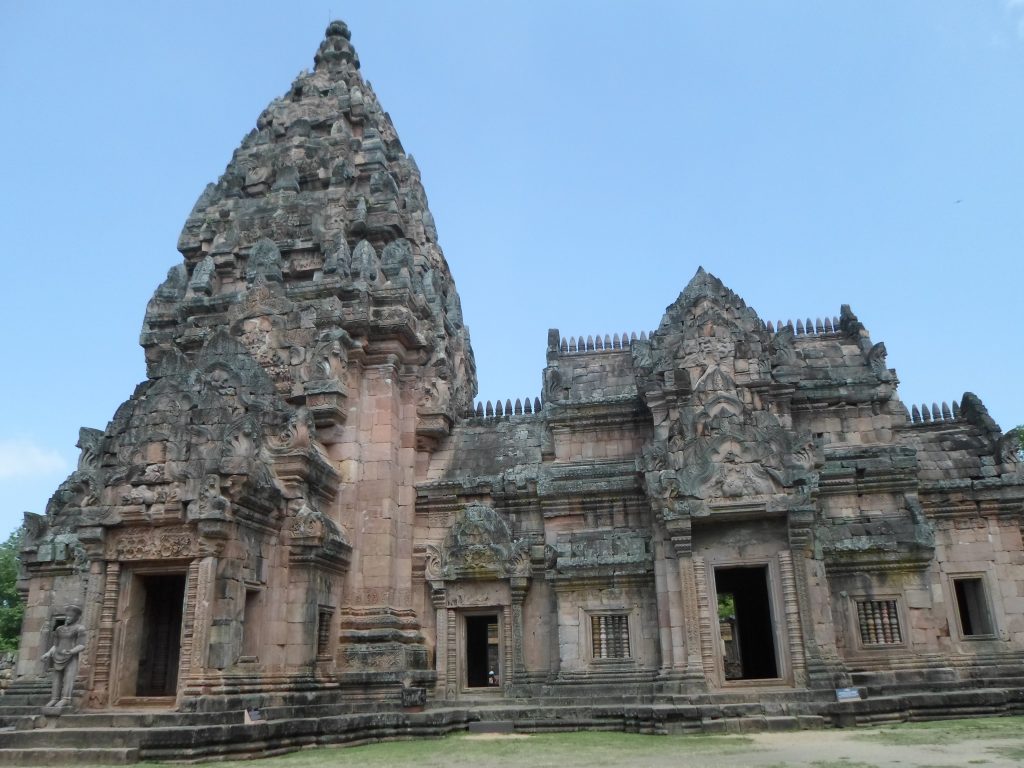 Surin has a long way to go in the tourism industry when it comes to getting visitors. For the most part nothing is translated out of Thai as far as museums or national parks are concerned, making it a little difficult with out a guide. 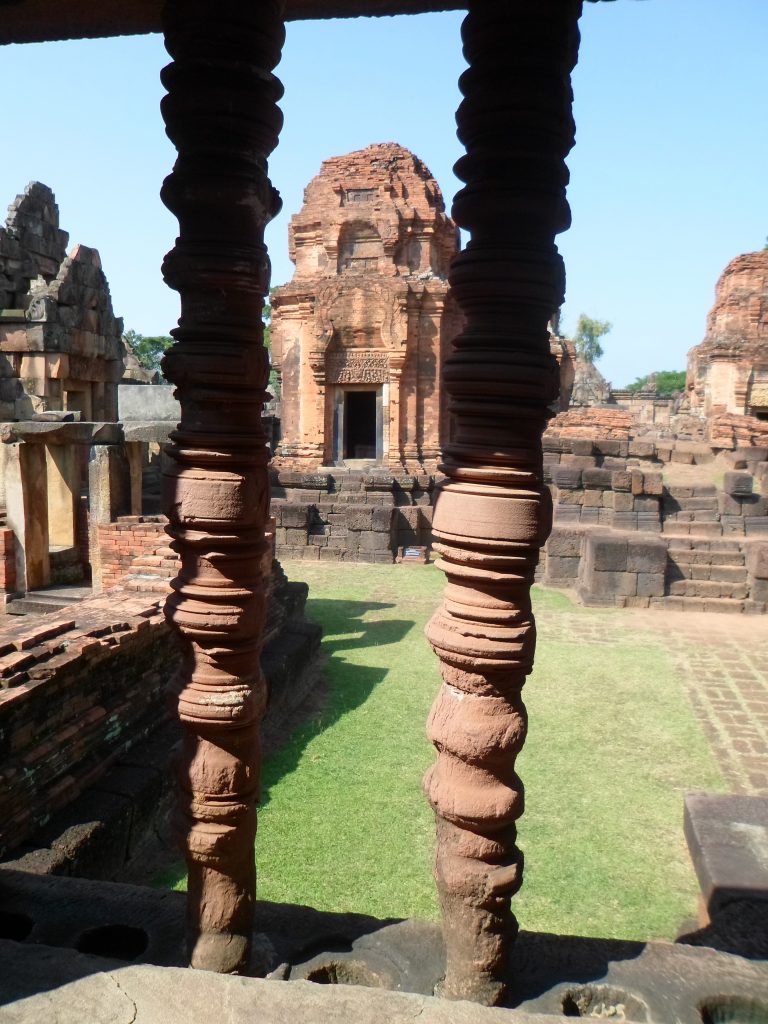 I recommend hiring one if you are visiting the ruins or if you are interested in the ancient art of silk weaving.
I would like to thank TBEX Thailand and the Thai tourism board for hosting me on my trip to Surin.