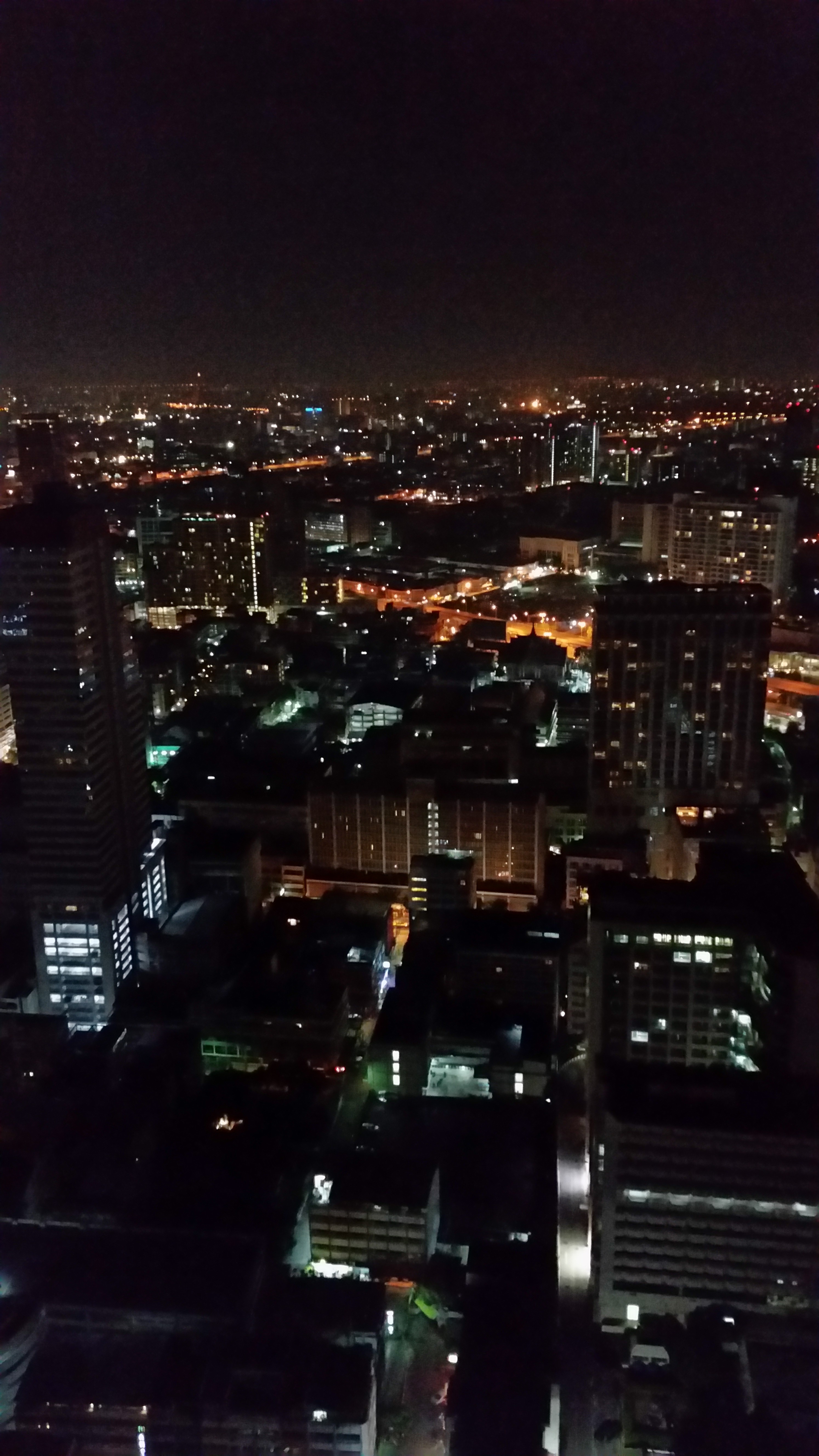 Bangkok is a really big city. The traffic can make it feel even bigger. Exploring a district can be daunting at times. The areas can be so crowded and it can become exhausting.

When I signed up for bar hopping in the Ratchaprosong district I was afraid of what it would be like to get around, however it could not have been easier. The Skytrain connects right into the giant shopping plaza. Sleek white walkways pave the way thru a relatively brand new shopping district. Filled with upscale shops, restaurants, hotels and of course bars. A far cry from my nights spent wandering Koh Sahn Road. 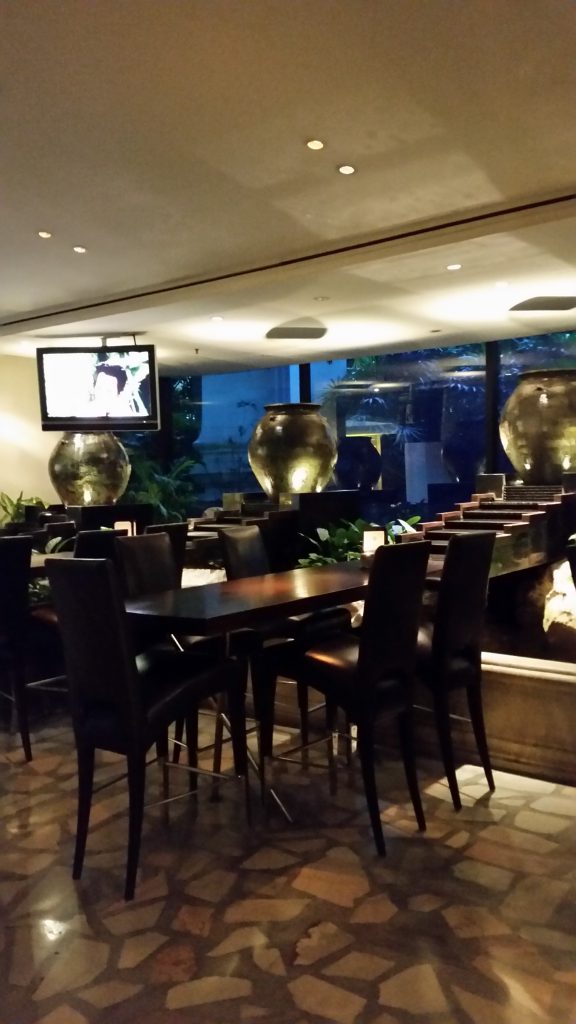 We began with Bar @ 494 Hyatt. Down in the lower level is a dark, romantic bar. Everything inside is so shiny and candles set the mood. I was with a friend but it was easy to imagine hushed conversations over candlelight with a handsome suitor. We sipped wine and talked to the staff who was attentive and friendly. The hotel was giant and had its own mall inside it. It was nice to be out of the heat and in the air conditioning. 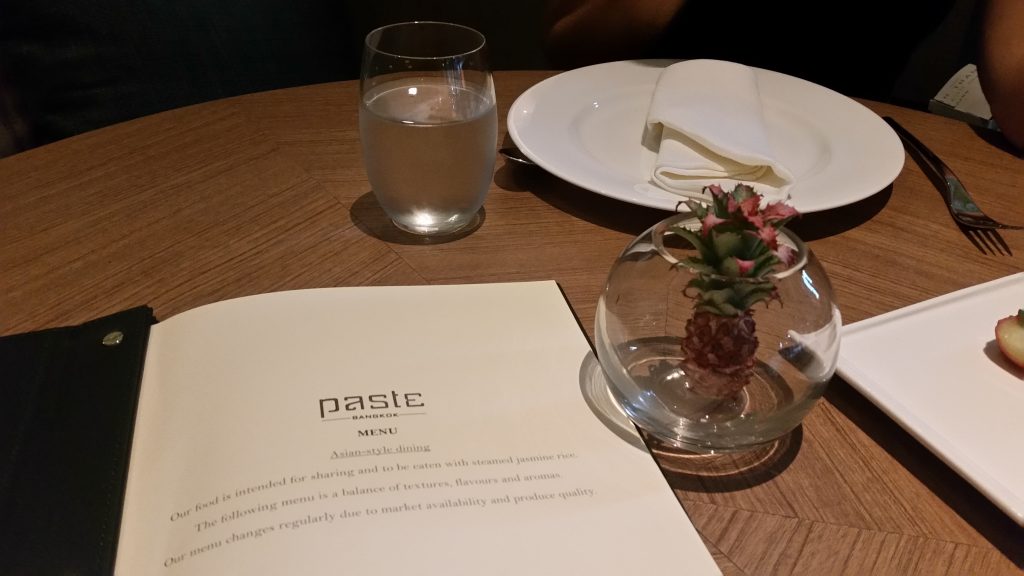 Our second stop was at Paste, an artisan Thai restaurant. Serving tradtional Thai food with a modern twist.  We tried an array of appetizers and truly inspired drinks. I decided on something called “Im not a kid anymore” which had cotton candy and a duck in it. It tasted like candy. The restaurant overlooked the entire plaza with traffic buzzing outside. The food was beautiful, in taste and presentation. If you are looking for a great place to impress a date look no further then Paste. 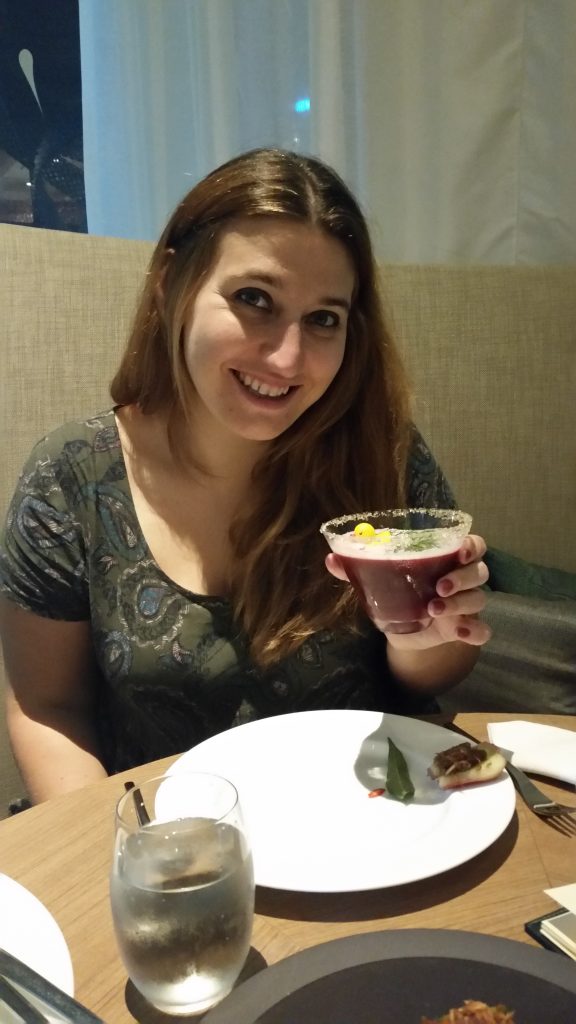 Created by Jason Bailey and Bee Satongun, chef husband and wife team, Paste opened in 2013 and has been incredibly popular since. Their inspired dishes and interesting takes on traditional recipes continues to bring people in. 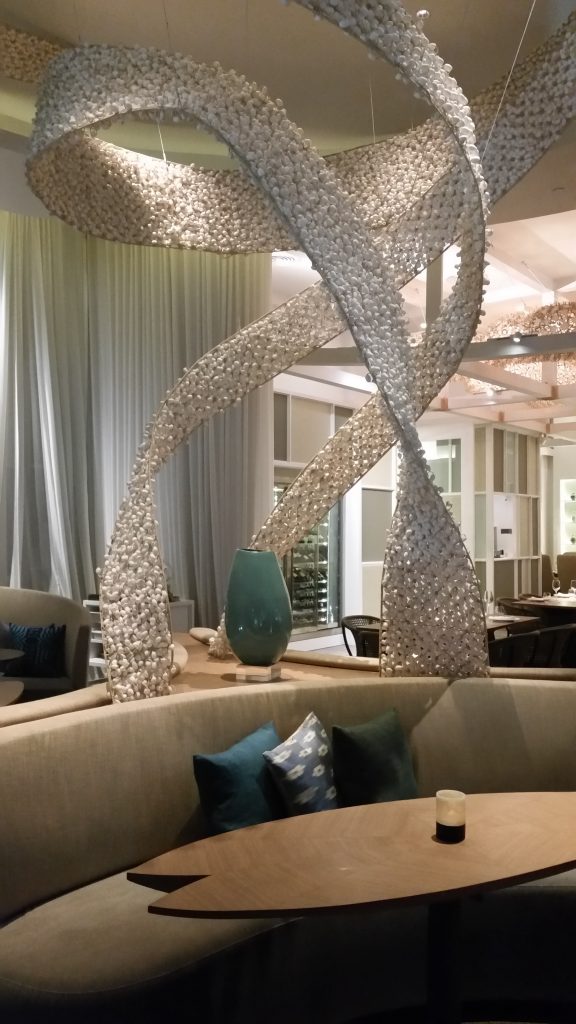 The final stop was the most exciting, Red Sky Bar @ Central World. Which was inside a hotel which was also inside a mall. I know, go figure.  Bangkok really loves their giant, multi-storied malls and their giant hotels and their giant malls inside giant hotels.
At the very top of this 56 storied building was an outdoor roof bar. I dont even need to tell you that the views were breathtaking. At night the city lights up for miles. You can almost forget how loud and crowded Bangkok is. The breeze gives a little bit of a reprieve from the suffocating heat of the city. You can choose to dine outside with sprawling views or just enjoy a drink. 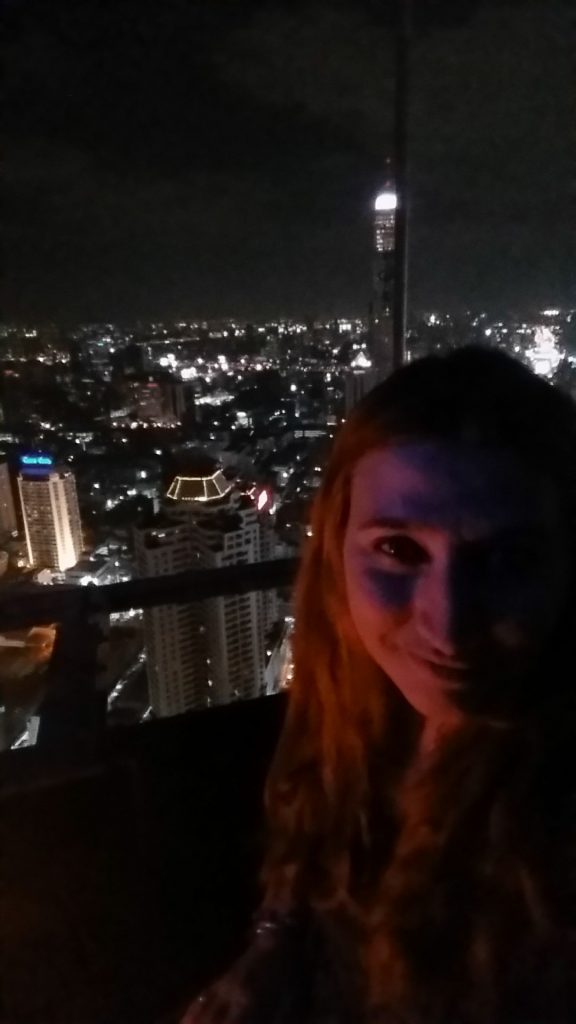 What a lovely way to spend an evening in Bangkok. If you have spent most of your time in crowded markets, eating street food and drinking cheap alcohol out of buckets (yes, buckets) one really appreciates the evening of upscale tranquility.
I would like to thank the Ratchaprosong District and PR team for inviting me out.