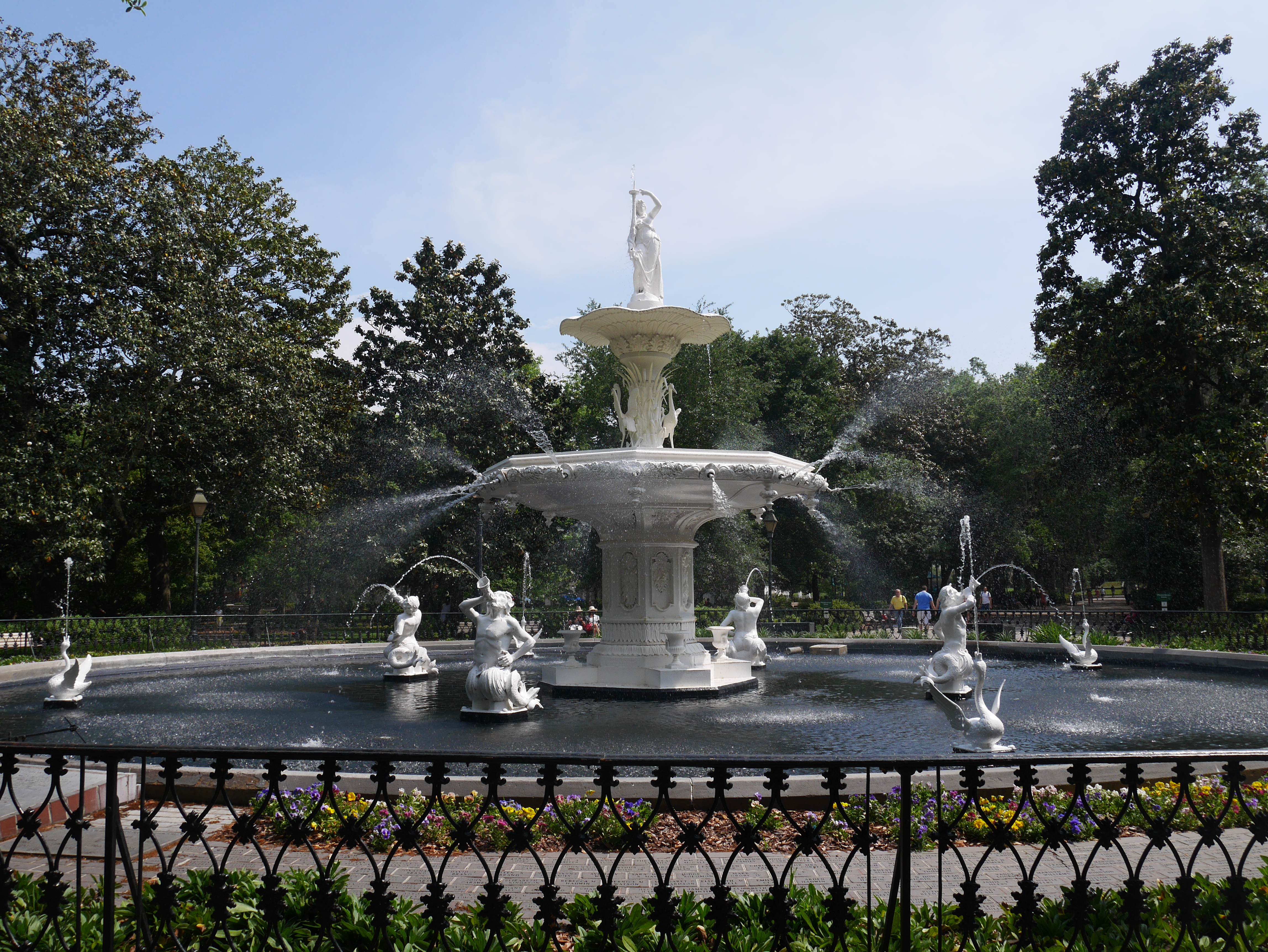 In retrospect I could have just lived in Savannah. Not continued the trip , moved into a moss covered house and enjoyed Leopold’s ice cream every day. However it was a mere 24 hours I spent in this lovely city.

Savannah has a lot of character. It is beautiful to look at, has a dark underbelly of ghost stories and a wonderful culinary scene.

The first thing we did after dropping our bags at the hotel was get on a free walking tour. I love wandering around a city and taking it all in.  All the streets have old colonial houses and nearly every block has a park with mossy covered trees. Leaving Savannah looking just as spooky as it is beautiful. 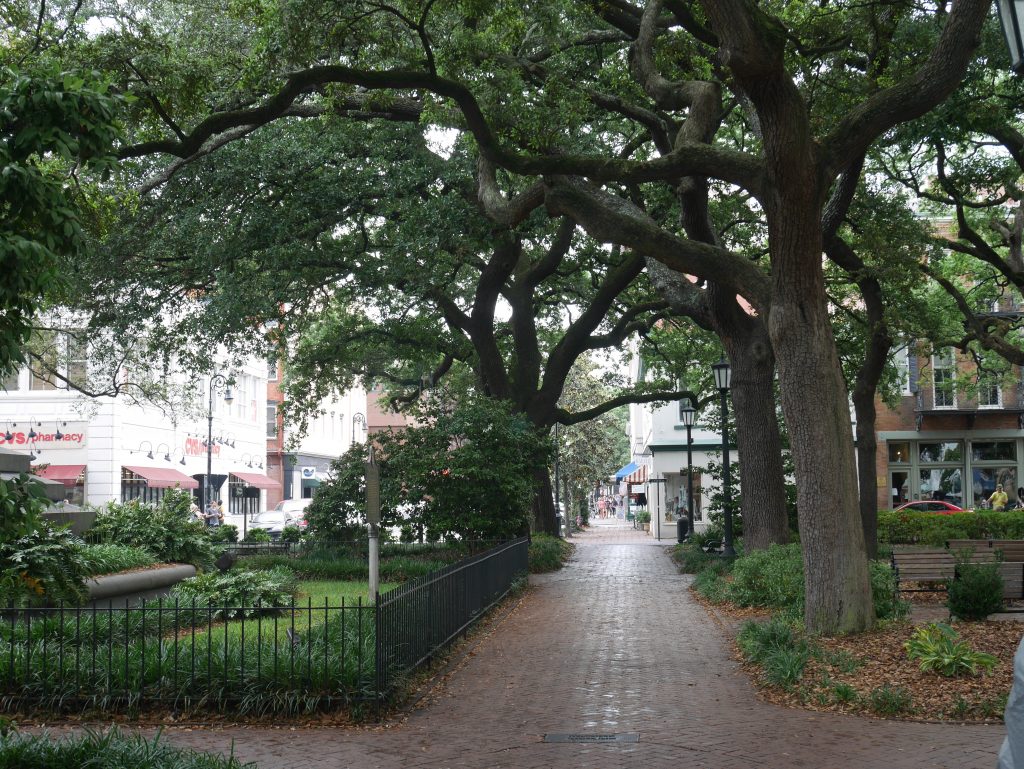 Our guide was a young Savannah native but looked more like he belonged surfing in California. He told us about the strong belief in hauntings and the great lengths people will go to protect their homes. Blue roofs to represent day and water at the entrance to a home were prominent as we strolled.

Savannah has a bit of Hollywood in it as well. Famously Forrest Gump took place and was filmed there. As well as Midnight in the Garden of Good and Evil which is about a real Savannah resident. A really good film too if you haven’t seen it. 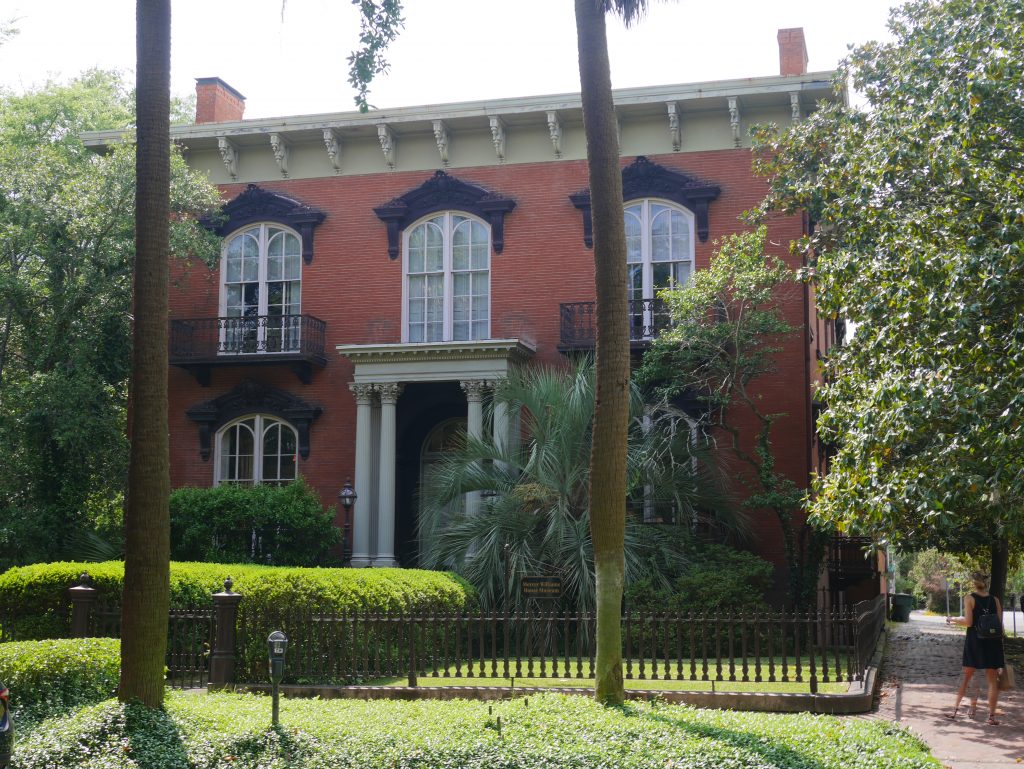 After the walking tour we needed lunch. We stopped at a local brewery called Moon River Brewing that served up lunch specials and was near the water. Inexpensive and delicious we were ready for our time at Leopold’s.

We walked to Leopold’s (check out the ice cream article for details) an institution in Savannah with some of the best hot fudge I have ever tasted.

Then it was time for a haunted walking tour. I said it in my other post about the tour but I will say it again. If I didn’t believe in ghosts before I definitely did after. The bloody and brutal history of the slave trade which produced a lot of mass graves on which Savannah was built leads me to believe the locals are right and you can feel the supernatural palpable in the air.

As a recommendation we went to Sisters of the New South for dinner. A gritty looking exterior lead to a family style cookery. Huge metal dishes spouting whatever the sisters were serving up that day. Classic fried chicken, collards greens, mac and cheese. Heaping servings in this no frills establishment was worth the price. Which might I add was super cheap. Making this one of my favorite food stops on the trip. 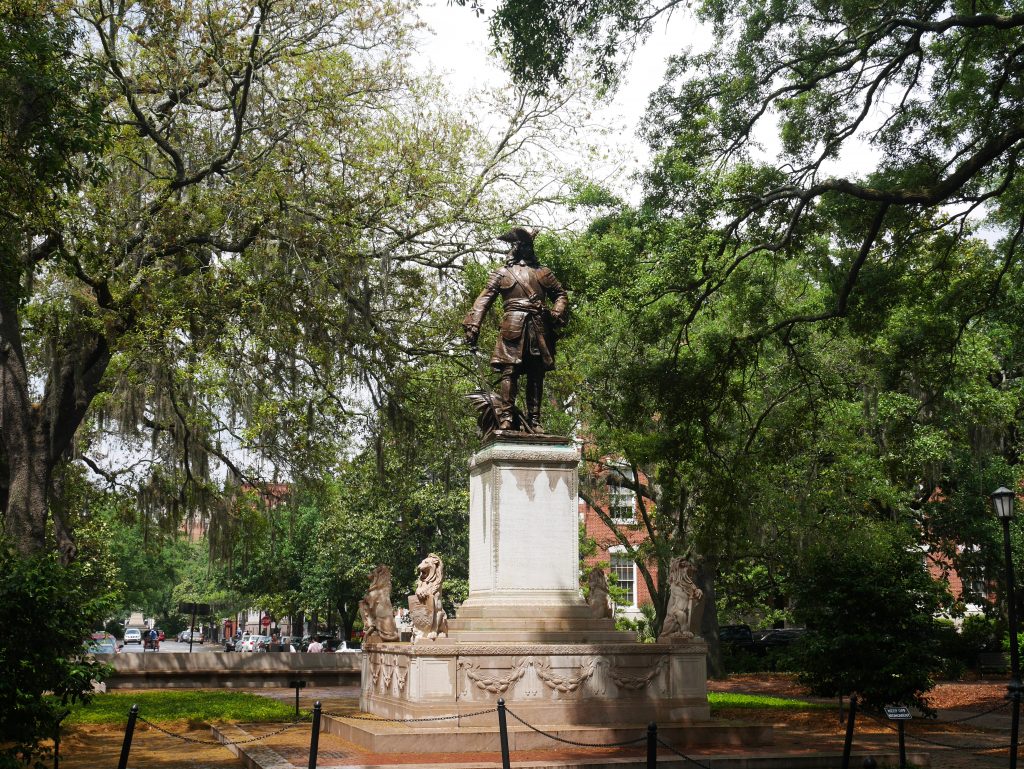 You could explore Savannah for ages and I got a measly 24 hours. However now I know its a must return to city.

Have you been to Savannah? What were your favorite things to do?