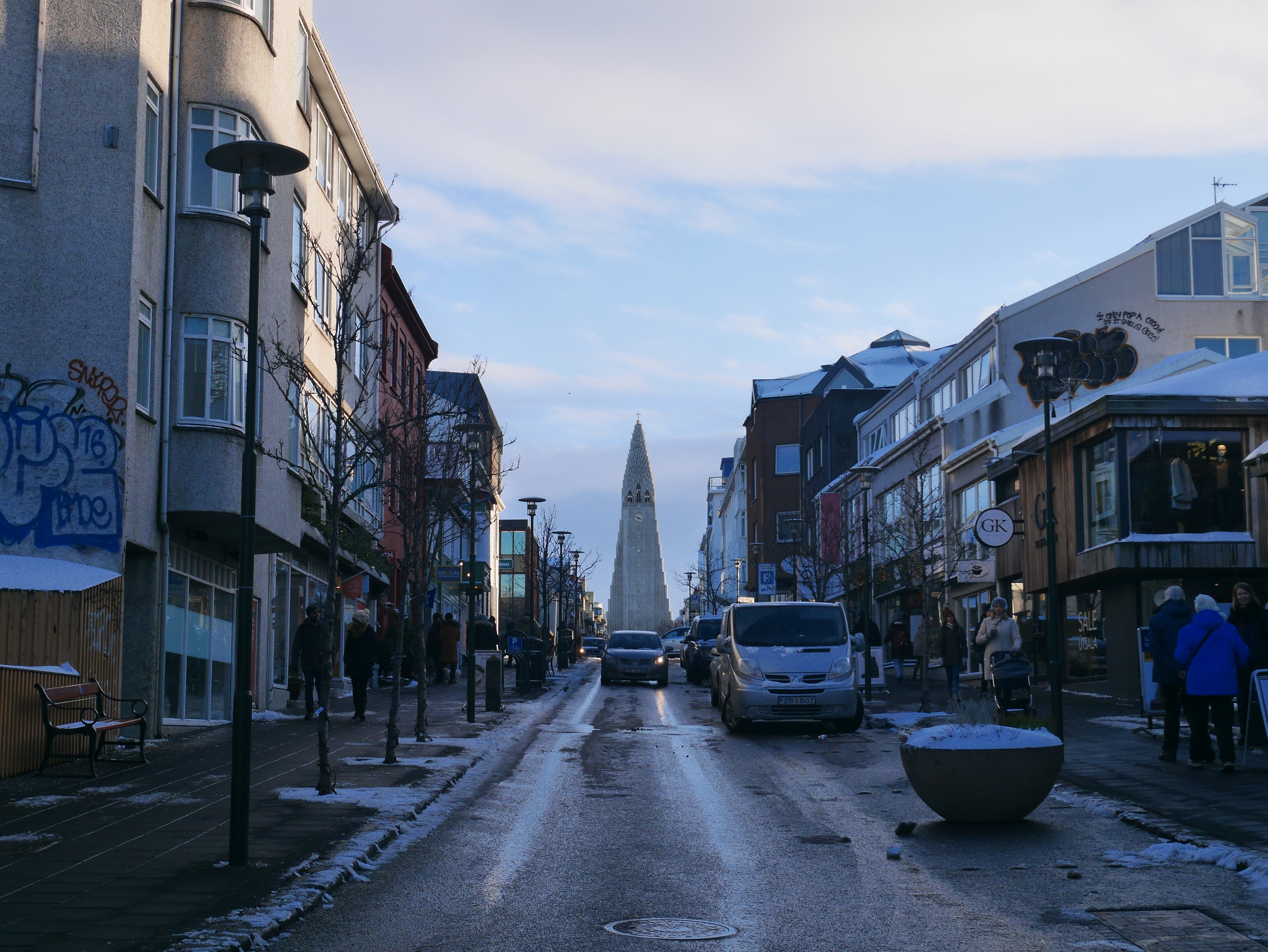 Every time I travel to a new place I, obviously, learn things I did not know. The most exciting part of the trip to me is the discovery. I love history and facts. I love seeing where things happened. It brings everything to life!

Iceland is no exception. It was an interesting and exciting place to be. Here is my list of things you may not have known about Iceland.

Iceland’s population is only 343k and most of it lives in the Reykjavick area. It means its densely populated in one area and mostly underpopulated in the rest of the country. Because of Iceland’s small population and in the past harsh living conditions there have yet to be 1 Million Icelandic people born yet. Apparently they are awaiting the moment and there will be a formal announcement when it happens. 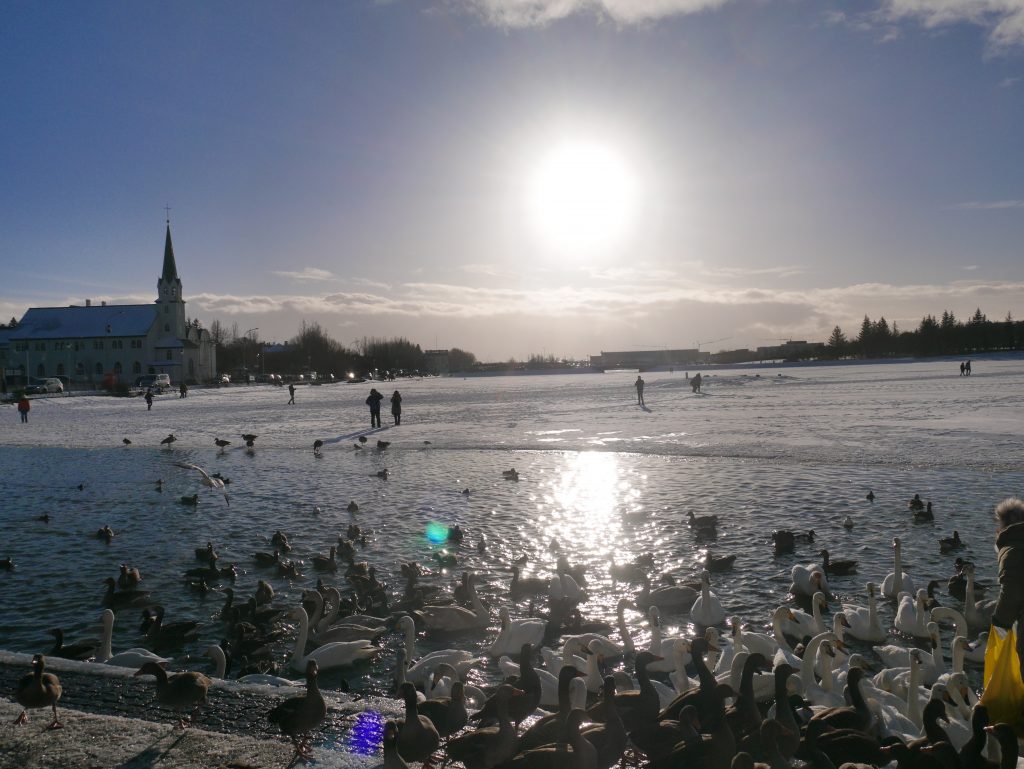 Icelanders are all related!

Yep you read that right. With a tiny population and 2/3 of it located in the capital it makes everyone closely related. So closely related in fact that they have a website solely for Icelanders to check and see HOW related they are when it comes to dating. I thought they were pulling my leg but it was confirmed my several locals.

I was unaware that in Iceland you can only choose from a database of about two thousand names for each gender. If you want to choose a name that is not in that list you have to submit a form and it has to be approved by the government.

Also they don’t have last names the same way we do. Your last name is not the same of as parents last name. How a last name is decided is your fathers first name + son or daughter attached to it. So no one in the family has the same last name except your sibling. If your dad isn’t in the picture for whatever reason then the same thing is applied to your mom’s name. 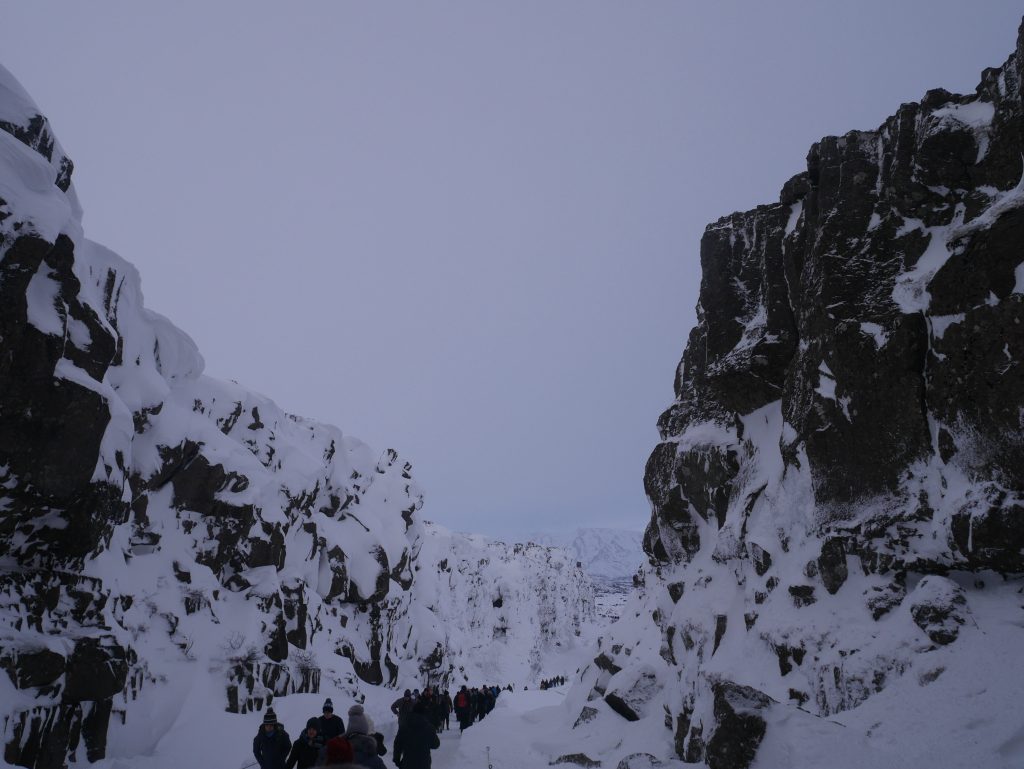 Iceland is on top of green energy. One of the most interesting things I saw when I was there was how they got rid of snow in the streets. The streets are heated with hydro power. There are pipes under most major roadways pumping  hot water and melting the snow off the roads. Although they don’t apply it to the sidewalks and you end up walking thru mounds of snow. Have people in Iceland never heard of a shovel? Seems so.

Personally I think licorice is gross. But they love it. They have licorice flavored everything. They even ruin chocolate by adding it to it. 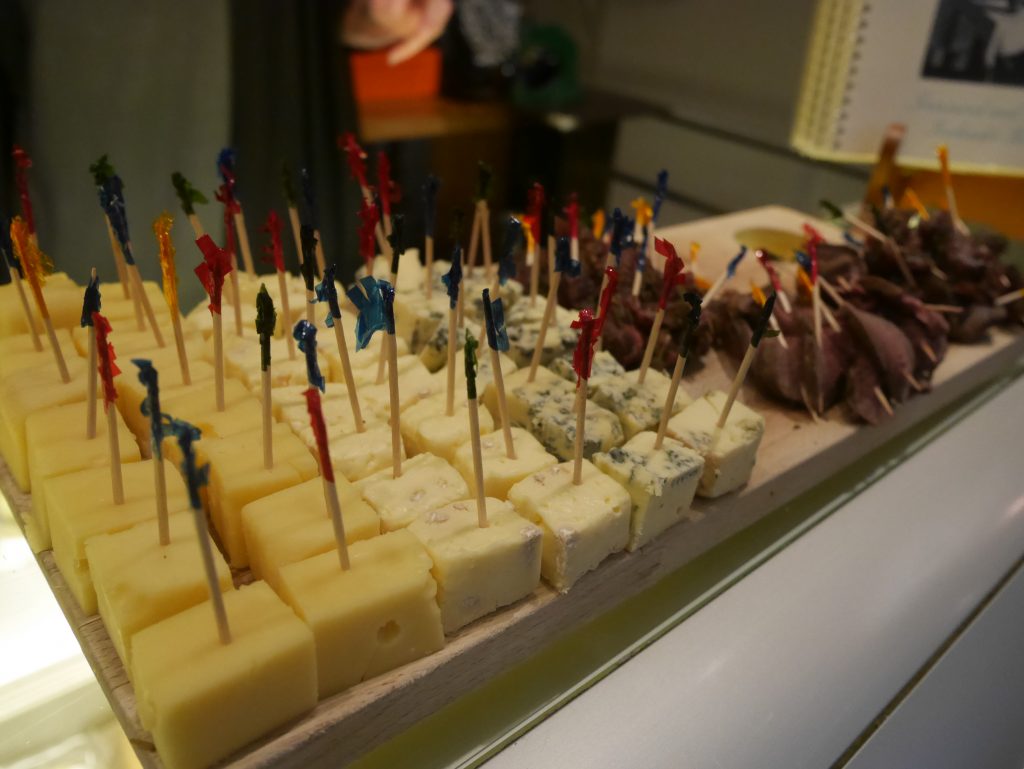 It is Normal to Eat Horse

I know this will bother a lot of people but it really isn’t a big deal. All over the world they eat animals that we might not normally eat. Horse is no different. I tried it when I was there and although it is not my cup of tea it doesn’t bother me.

They have loads of horses. It makes sense. They also eat a lot of lamb ( there are 5 sheep to every person), puffin, shark and loads of fish. 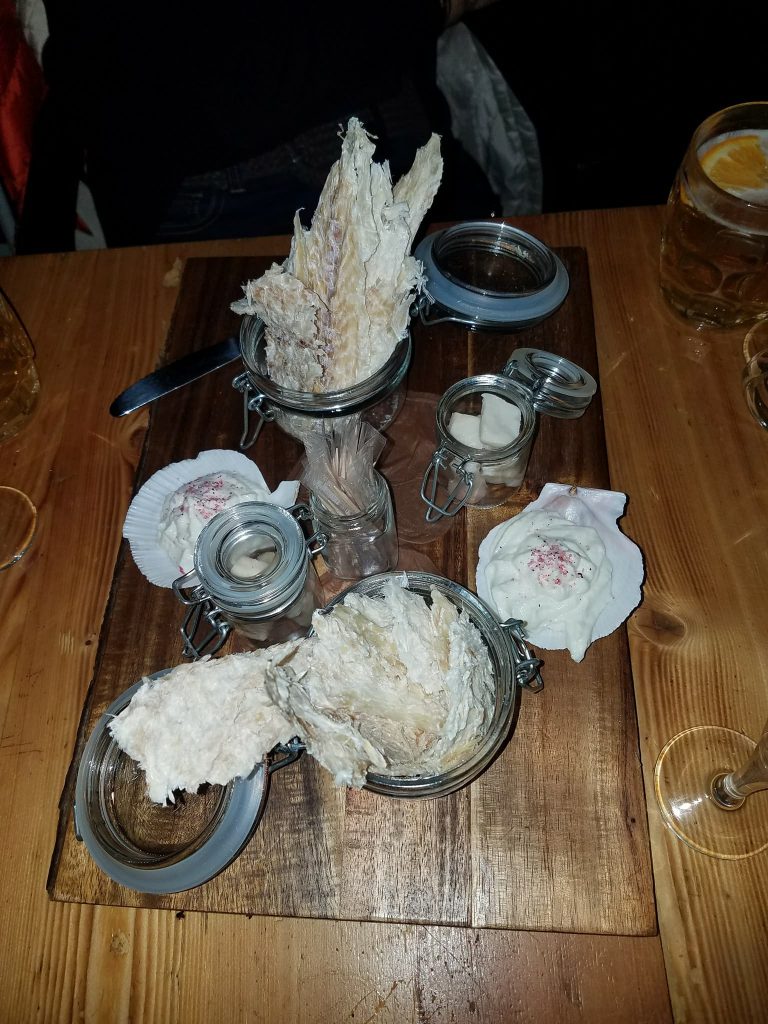 I mean like really expensive. Massively expensive. I went to lunch, had a coffee and a veggie burger and it was 40 USD. Forget drinking. A beer averages about 15 USD and mixed drinks can range anywhere from 22-32 USD. That is a lot.

Why is Iceland so expensive? It has a lot to do with the fact that they are a socialist country so everything is paid thru fairly high taxes. Their wages and benefits reflect the high taxes but for someone traveling there it does not. They have an excellent education system, health care and quality of life because of it. 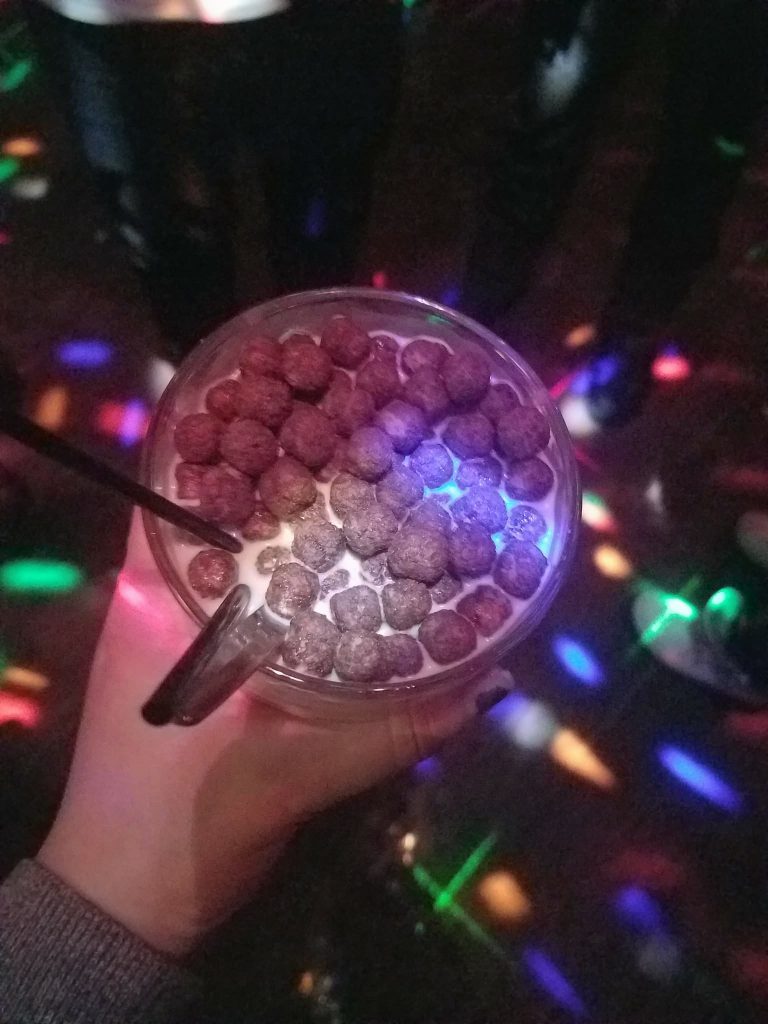 Geysirs, craters, and geo thermal energy are in abundance because of this. The landscapes are unique and vary from one place to the next. I have never seen anything like Iceland before. It is captivating to be standing in the middle of waterfalls and icy terrain. The only place about sea level you can see the tectonic plates parting is in Iceland. It was quite possibly my favorite thing I did while there.

I did a tour of the Golden Circle to check out a lot of these places and it was great! 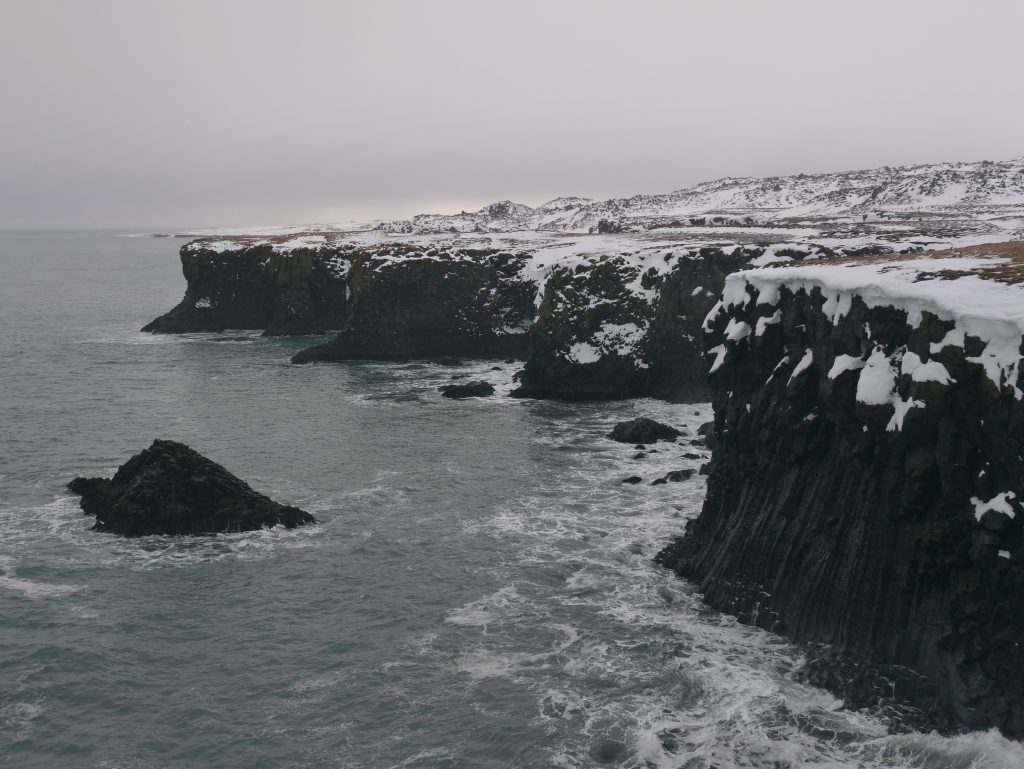 North of the Wall

If you watch Game of Thrones then you know what I am talking about. You can hike around Arrowhead Mountain and feel like a real Wildling. Surrounded by snow and ice you will know how Jon felt. You can do specific GoT tours but most Snaefellsnes Peninsula tours take you thru were a lot of seasons 6 and 7 were filmed. Apparently they had just finished filming when I arrived. 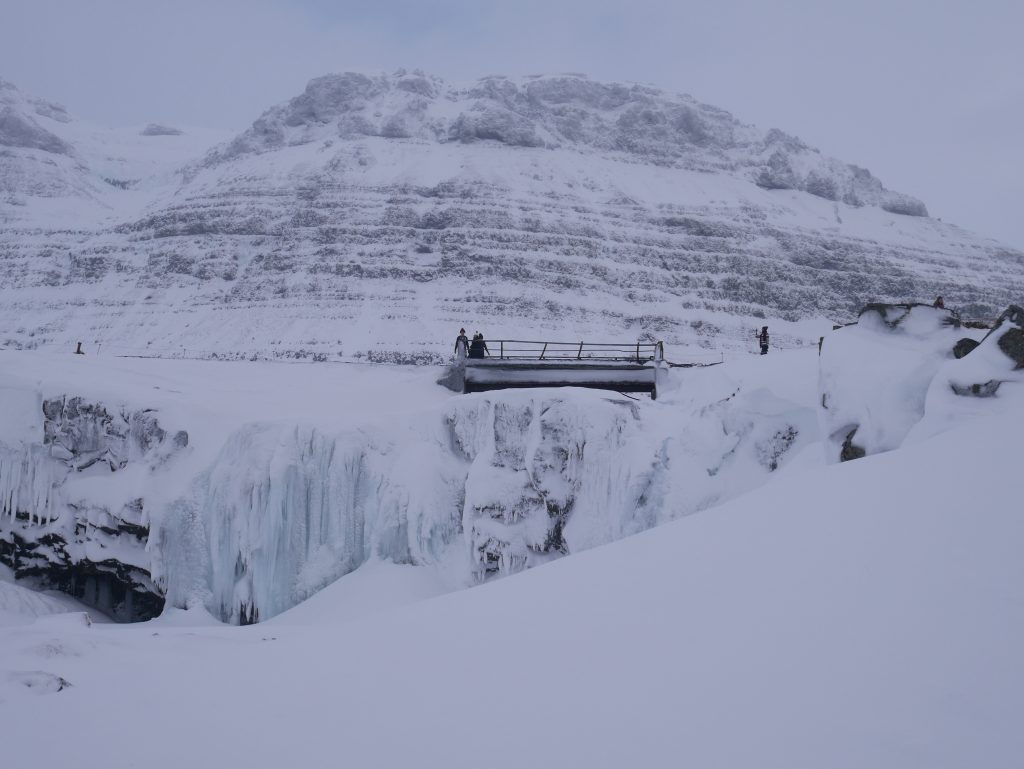 So Much Light, So Much Darkness

In the summer there is nearly 24 hours of light in Iceland. In the winter the sun doesn’t even rise until after 10am. There is something off putting about it being pitch black at 8am. I can see why seasonal depression exists. The good thing about a lot of darkness means optimal viewing of the Northern Lights. The main reason to go to Iceland in the winter. You can’t see them at all in the summer.

They Believe in Elves

I want to live in a country that believes in magic. A lot of people believe in elves and believe they have seen them. This might be my favorite fact about Iceland.

Did I teach you something you did not know about Iceland?

While I was in Iceland I was hosted y HI Iceland. I am so grateful for their hospitality. If you are interested in saving some having a great experience stay with them. Check out their website here!